March saw ITB – The World’s Leading Travel Trade Show in Berlin, which brought 114.000 trade visitors from every corner of the planet to the city. That means a couple of things. Lots of networking and the most amazing parties! The travel industry knows how put on the most spectacular, creative events. Naturally Berlinagenten was hogging the limelight on the red carpet and creating a scene.

Everyone wanted to be on the guest list for this party, hosted by Travel and Leisure. It was held at the luxurious high-end boutique hotel Das Stue in Tiergarten, which is listed in the prestigious Design Hotels catalogue. The party was to launch Travel & Leisure’s roundup of the 70 best new hotels in the world! It was red carpet all the way – as hotel owners & managers, marketing/media people, top journalists, creatives, high-end travel agencies, international networkers, glitterati people from the US and partners of Design Hotels drank Das Stue’s superb cocktails and feasted on a buffet created by Catalan superstar chef Paco Pérez, whose restaurant 5 Cinco resides in the hotel. 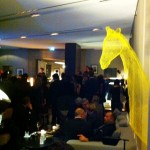 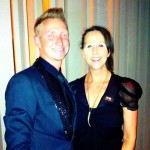 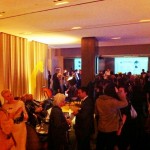 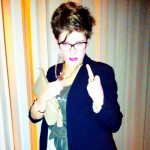 Berlin is one of the most gay friendly cities in the world, which means it’s a haven for LGBT tourists. We love our gays, as they make this city the creative metropolis that it is today. The city loves gays as well, and the pink Euro is especially welcomed in Berlin. Berlinagenten also offers a fabulous Queer Tour, which plugs you directly into the scene.

Over invited 350 guests were to celebrate the success of the LGBT Travel Pavilion at the ITB. Sponsored by Visit Florida, this year party was held on the roof top of Golden Tulip Hotel, which has a fabulous panoramic view over Berlin! Guests included travel industry professional, travel partners, tour operators, LGBT related companies, and sponsors Tomontour, who offer tips and advice for the Gay & Lesbian scene.

The famous Dj SuperZandy was on the decks playing bouncy house music. There were half naked go-go dancers, muscle men, and hysterical drag queens. One of the drag queen idols was glamorous blonde sex bomb Mataina, who represents the Vienna Gay travel scene. She was offering personalized photo sessions. Naturally Berlinagenten couldn’t resist getting in on the act. After such a riotous night, It came as no surprise to learn that this party was voted TOP ITB Party 2014 by Germany’s industry magazine FVW! 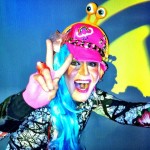 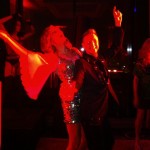 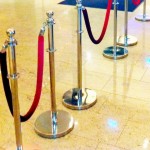 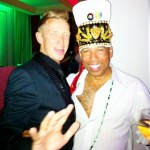 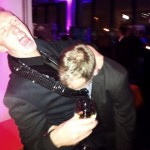 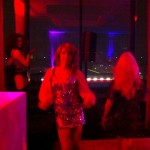 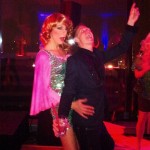 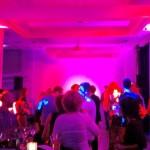 For further pictures check out – www.facebook.com/tomontour

The Wyndham Berlin Excelsior has become the legendary party of ITB because it’s where French champagne flows like the Spree. Last year, we were the last at the party and the champagne never ran out! Owned by an Israeli company, this a no expense spared party. This year, there was a whole room dedicated to Veuve Clicquot and at the Oyster Bar, oysters were consumed as if they were candy. The theme was cabaret and featured the rock’n’roll freak burlesque girls of the Teaserettes.  Berlinagenten who emptied one bottle of champagne too many, couldn’t resist getting on stage to perform with the girls in front of the entire travel industry! You could never say we shun the limelight!

Big thanks to Shachar Elkanati, food and beverage manager of Grand City Hotels who really knows how to throw a glamorous party! 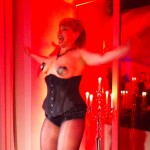 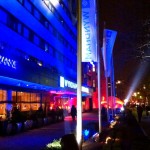 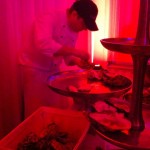 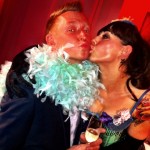 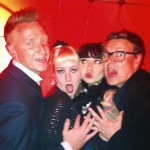 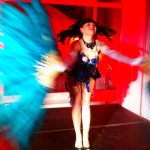 Berlinagenten never misses the red carpet of the biggest ITB party hosted by Andel´s hotel. This year celebration was for a triple package! It was the fitfth anniversary Andel´s Hotel Berlin, the 25th year anniversary of VI Hotels & Resorts, plus its fifth legendary ITB-Party .

And what a party it was! Thousands of guests representing the entire spectrum of ITB. It was definitely an industry event, not overly glamorous but incredibly fun. That could be done to the fact that the staff were walking around with trays full of pure vodka shots. However, luckily there was lots of wonderful food as well. The food stations serving everything from meat and fish to sashimi and dessert. Germany’s favourite cover band JCB – who’ve been around for a decade – made the audience dance their socks off before two sexy women DJ’s spun tunes late into the night. The birthday cake was simply enormous, we probably missed the part when Samantha Fox jumped out of it! 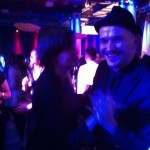 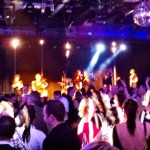 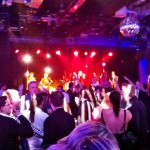 It maybe at the other end of the planet but the Australian and New Zealand tourism industry were well represented at ITB. This party showcased the delicious food and wine from both countries. Berlinagenten is receiving an influx of Aussies as clients and therefore, it was the perfect place to  introduce myself over a glass of delicious white wine. Oh, and one of our top guides Lollie Barr is an Aussie. Looks like Berlin is set for an Aussie invasion! 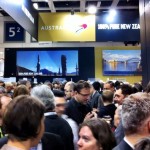 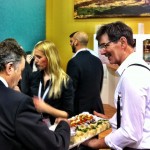 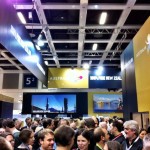