October descended on the city with a sexy red cocktail dress on and generously supplied us with the one thing we can never get enough of: grand openings. Our inbox was bursting with invitations and many a tear was shed over deciding which event to dump and which to attend to, but eventually we managed to handpick the five finest.

Silver aliens hovering over our heads on flashing surfboards, dozens of drag queens jiggling along with a bunch of smoking egyptian goddesses and a fabulous looking Nofretete rocking the stage. To answer the question that immediately arises: no, we have not taken any acid. The brand new 10 million euro show in the Friedrichstadtpalast by fashion tsar Manfred Thierry Mugler literally blew our minds. We were introduced to a concept of energetic, modern and timelessness performance missing a comprehensible narrative. When it got too confusing we just counted the celebs who had lined up to be part of the premiere: Inka Bause, Thomas Hermanns, Wolfgang Joop, Inka Bause to name just a few. 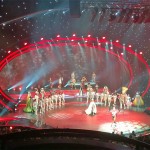 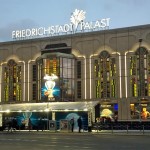 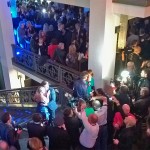 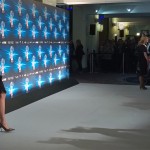 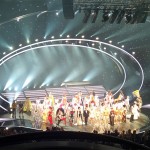 We were especially looking forward to this one. Our friend The Beautiful Jewels opened the doors of her new vaudeville bar/night club hybrid, destined to become an uninhibited get-together location for artists and all sorts of wondrous looking folks. A steady tickle of people shuffling down from Eberswalder Str. U-Bahn station got the place packed in no time and quickly befriended the excessive booze supply. Shortly after our arrival the lights were dimmed down low and Jewels warmly welcomed everyone to her fancy world of underearthly delights. Loud grunts of approval from the wildly mixed audience were the last things we heard before immersing into a night of magic, belly dancing and the constant thrill of escaping from a homosexual blue rabbit drinking vodka on the rocks. Read more here. 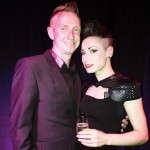 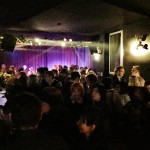 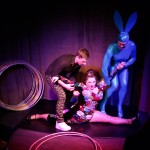 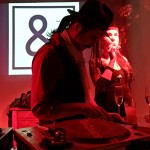 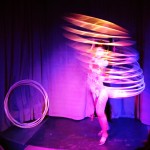 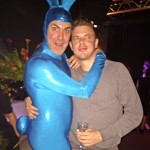 Berlin has a new healthy food temple. 100% organic. 100% vegetarian. 100% overcrowded opening. The idea of an organic restaurant doesn’t seem new, but it really is. By juicing the ingredients later used for cooking are extracted at the best quality possible and can then be easily absorbed by the body. The juice isn’t heated and hardly comes into contact with air, hence it keeps a very high percentage of the healthy ingredients. Pure. Raw. Superfoods.

The opening itself felt very raw, too. Huge masses of hipsters forced the not-so-joyfully-looking waiters to climb through the windows (!) in order to serve food samples to the waiting guests outside, who never even stood a chance to get inside. Now we wouldn’t be Berlinagenten if we hadn’t somehow squeezed in to see what was really going on – a nicely decorated wall (feathers sticking out of it, making it seem alive), pumping electro beats, hungry visitors eagerly devouring whatever food they could get their hands on and thank god, champagne to assist our mood in disregarding the fact our feet were constantly being stamped on. The food itself? Delicious. 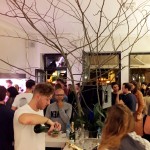 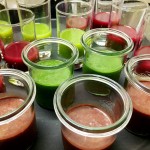 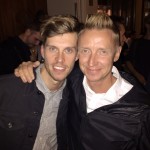 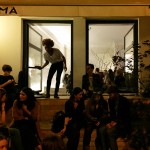 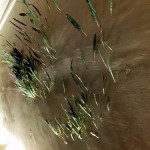 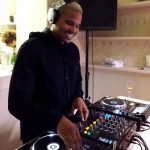 Till Harter came up with the brilliant idea of creating a so called pop-up hotel in Rio de Janeiro during the hot sommer months that have been home to this year’s FIFA World Cup. He hosted a series of parties called Berlin de Janeiro over in Brazil and their vibrant atmosphere made them a great success –  now he’s back in Berlin to celebrate that triumph. The coming home party of their brazilian success story took place in the luxury boutique hotel Stue, nestled in the Tiergarten park near to the Zoo. Berlinagenten was invited and we followed the call to battle! Who would look the most stylish? There really was no way of telling. The guests looked just as chique as the hotel and blended in perfectly. If Henrik had worn a red jacket he would have blended in pretty well, too. Why red, you ask? After half a dozen well-mixed cocktails Henrik spent a surprisingly large amount of time crawling across the red carpet while making incomprehensible sounds. Go Berlinagenten! 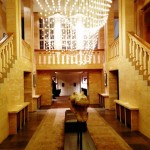 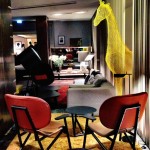 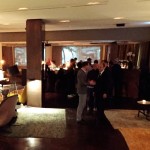 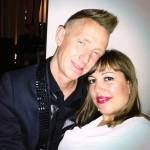 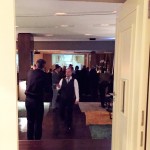 This will be the first hotel in history to never receive a single complaint from their guests. That’s because all their guests are furniture. Since we’re still in 2014, furniture isn’t very likely to complain. Yet. The owners of Hotel Ultra are however pushing open the doors to the future by re-inventing the concept of selling furniture – from a total of 36 rooms, customers are free to pick any piece of the interior furnishing and take it home right after they’ve finished their cake&coffee. Technically you can’t spend a night in the hotel (rumor has it that the chairs come alive at night and take up the most comfortable rooms), but Berlinagenten has never been a friend of restrictions! No, we didn’t sneak in, but we were invited to the opening party that went on well into the night. The dressed bell boy with his guest list made it feel like a real hotel opening and all the fashionably dressed folks around us added up to the impression. As with most parties that offer free booze many seemed to feel it was time for the old game: „I came, I saw, I conquered all the drinks I could before the supply ran out“. The poor bar staff never got a rest and still had to cope with many a soul who’d flash them angry glances if they didn’t have their glass of champagne in 5 seconds. After sobering out the next day the foremost impression we had the night before still remained in our heads: great concept, great venue. Good luck! 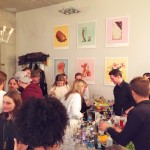 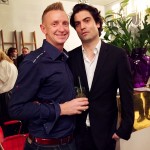 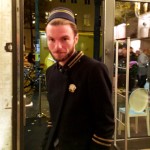 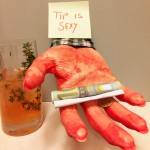 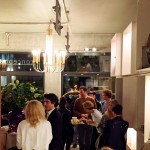