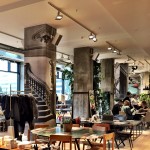 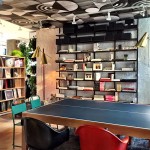 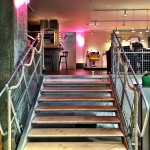 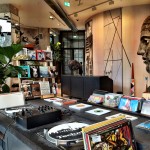 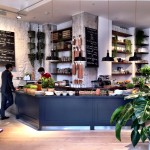 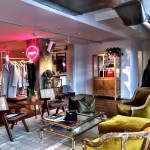 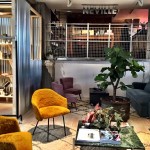 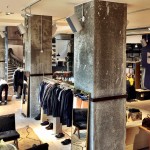 You can’t decide if you want to go shopping, be a couch potato, have some organic food, get your hairs&nails done, check out some art installations, buy some vinyls, read a book or even get some work done? There’s good news: you don’t have to.

A concept store simply called The Store recently opened its doors in the Soho House Berlin and unites it all under one roof. The great thing about it is that it doesn’t matter if you’re a privileged member or simply want to swing by to grasp some of the unique Soho Flair – it’s open to anyone. Anything you can touch can be bought (except people, as it turned out to our dismay. The staff is HOT). Don’t expect large crowds fighting over the exquisite selection of clothes, though, instead think of a huge shoppable living room where people come together to work, connect and share their ideas over a cup of coffee and buying things becomes more of a side activity.

Roaming the hall we realized there’s something special about this place: the exotic smells. In one corner it’s scented candles, in the next the pleasant smell of old wood, then it’s the scents coming from the kitchen and then there’s a point where they’re all mixing together and create a whole new arousing smell altogether. Buzzy.

The Store carries well known labels like The Row, Alexander Wang, Jil Sander, Proenza Schouler, Issey Miyake and Baja East and offers a very exclusive selection of clothes. Lots of the stuff will be hard to come by anywhere else in Berlin as creative director Alex Eagle handpicks the pieces to be sold in The Store.

You don’t have to worry about getting tired shopping or working either, The Store Kitchen offers exquisite coffee and freshly squeezed juice to get you right back in the game. There’s also smoothies, salads and soups to be had, all made with high quality organic ingredients. Tasty!

Summing it up: The Store is an amazing place and fits all the needs that both a creative professional and a part-time shopping queen could have. Don’t miss out on this.