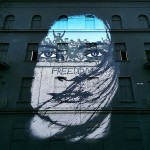 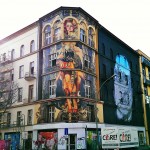 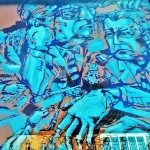 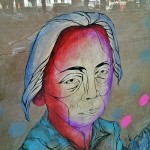 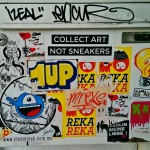 Berlin has a reputation for being an open minded place where influences from all over the globe come together to create something brand new, something different. We love the fact that it can be witnessed on almost any corner of the city. Dirty Berlin meets national and international street art, frequently fabricating unique pieces of mural art that go viral on the web via facebook or instagram.

Artists drool at the thought of working in Berlin and they’re rightfully doing so. We’re the capitol of cool. If artists are the iron, we’re the magnet. Hence it’s just befitting for our urban image to have an emerging networking platform like Urban Nation in Schöneberg, who regularly host street&mural art expositions in an otherwise unused building on Bülowstraße near Berlin’s gay epicentre Nollendorfplatz. Urban Nation and their director Yasha Young don’t only support aspiring artists, they’re also flying in big names from the street art scene like US-based Shepard Fairey, who’s known for his iconic “hope” pictures of Barack Obama. The international artists don’t only lend their hands to help create unique expositions on the inside, they’re also re-painting the building’s facade every few months. It never gets boring in Berlin!

“It’s a love letter to Berlin and the forgotten parts that once were heavy with historic and creative spirit” Yasha points out. Their dedication is remarkable and the reaction of the people living nearby has been overwhelmingly positive. When we arrived we observed a bunch of grumpy looking construction workers who where busy loading the latest parts of the exhibition into their trucks to get them to a place where they’re safely stored – the last exhibition just ended. We tried to sneak in from the backdoor to take a few pictures of the graffitis inside, but apparently these guys had a bad day and threw us out despite our most disarming smiles.

Some of the most exceptional pieces are displayed day and night in show windows outside, so head over there now and check it out, you won’t be disappointed. We promise!