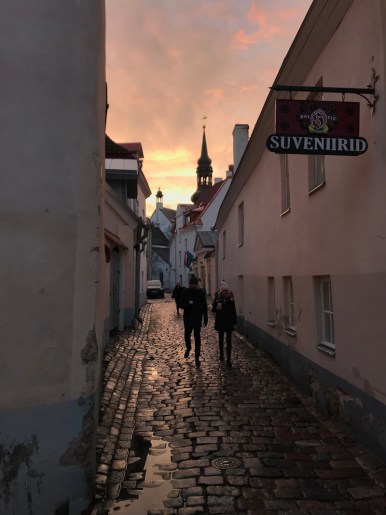 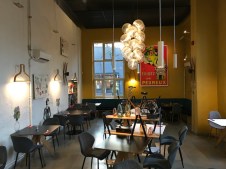 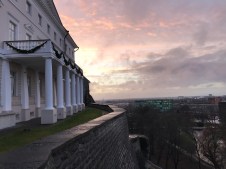 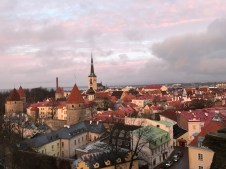 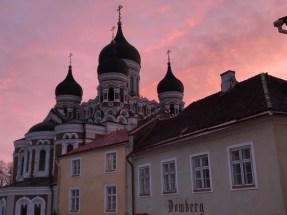 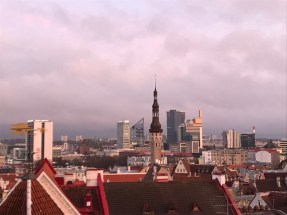 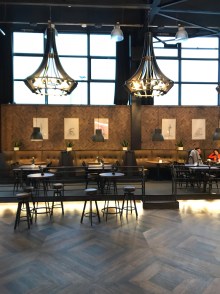 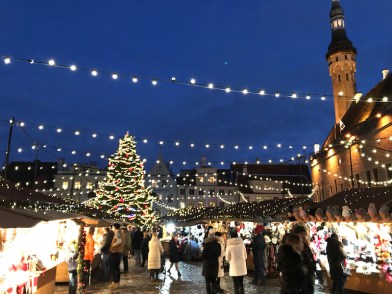 Men and women in thick furs, medieval cobble stones tucked under snow and a warm glow from nearby window shops. Plus, you’re freezing your butt off. Welcome to winter in Tallinn, capital of Estonia! With its 100th independence anniversary in 2018 growing near, it’s one of Europe’s youngest capitals. Tallinn is defined by a rich mix of culture, architecture and influences from all over Europe. That’s because Estonia was invaded by the Danish, Swedes, Germans, Soviet and Polish – and all of them left some some of their culture behind. The sum of all these pieces is the Tallinn you see today: a vibrant, modern city rooted in colorful tradition. At the same time, Tallinn has become a real powerhouse for technology, giving birth to global players like Skype and TransferWise. How does that fit together?

Start Ups
In digital Estonia, everyone’s always on the hunt for the next big idea. Every 2 weeks IT experts, designers and developers share their knowledge on extensive hackathons. Within 48 hours new ideas are born, pitched to investors and could land heavy financing. Then there’s digital infrastructure. Internet-access is a fundamental right and Wi-Fi coverage is more comprehensive than in most European countries. Your next start-up is just mouse-clicks away. The big idols „made in Estonia“ are Skype and TransferWise. Skype was paid to Microsoft for a whopping 8.5 billion dollars, TransferWise was named Europe’s start up of the year in 2013. And all that comes from a country with a little more than a million residents – 430.000 of them in Tallinn. 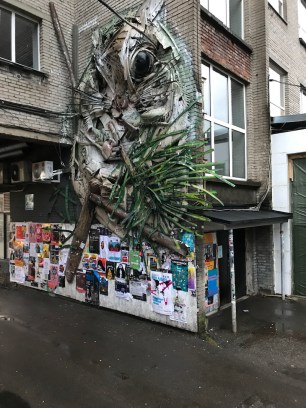 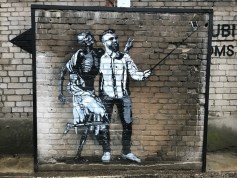 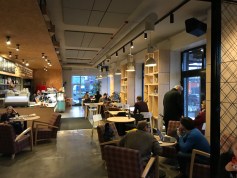 Kalamaja
Kalamaja translates to „fish house“. The eye-catching neighborhood just outside Old Town was mostly inhabited by fishermen until factories started sprouting up during the industrial revolution. To house the influx of workers, Kalamaja was turned into a sea of wooden houses. Now, 150 years later, Kalamaja is quickly turning into a bohemian stronghold for young creatives. At its heart lies Telliskivi with its integrated restaurant-cafes, art expos, antique shops, flea markets, theatres and clubs. The best place to start exploring is Telliskivi Creative City – an array of old factory buildings turned into hangout for gourmets and music lovers.

Old Town
Cobblestone, gothic spires and Wi-Fi: Old Town is a must-visit for everyone interested in history and architecture. It’s the perfect mix of culture and historic ambience, and at the same time all of the small cafés and eateries offer Wi-Fi (as everywhere in Estonia). The great thing about Old Town: it’s tiny. You can easily explore amazing sights like the Town Hall, city wall and and Holy Spirit Church by foot without breaking a sweat.

City Center
The real contrast waits in the city center. Medieval churches, nestled between high rises and stylish design buildings, remind of past times while Tallinn’s modern mindset becomes visible all around. Tallinn’s official center point is Rotermann Quarter – a meeting point of three roads. The rebuilt area is bustling with restaurants, cafes, boutiques and design houses, but also company offices and residential apartments. The real highlight for any hungry traveler: the food street with amazing treats like Flamm (Flammenkuchen), Røst for coffee and bakery, and gorgeous R14 for great wines and tasty eats.

Pirita
Pirita is the place to go when you’re visiting Tallinn in summer. It boasts a beautiful beach, a yacht harbour and even an adventure park. Though it’s not far from the city center, you’ll discover idyllic nature and perfect conditions for an easy Sunday trip with canoes and water bicycles. Further inland you’ll find the TV Tower, Estonia’s highest rise. It boasts spectacular views and is just a stone’s throw from Tallinn’s Botanical garden. 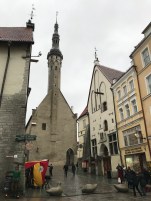 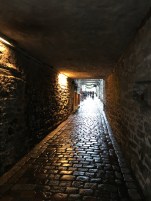 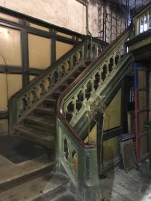 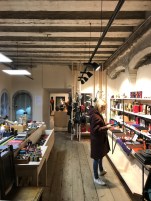 Patkuli & Kohtuotsa Viewing Platform
Tallinn is beautiful from every angle. But from Patkuli platform, it’s spectacular. With the town wall’s picturesque red-tiled towers and it’s perfect views over the harbor and church area, you’re just waiting for the Disney jingle to play. Kohtoutsa Platform offers a panorama of the Old Town’s rooftops with the city’s highrises towering in the background and is probably the city’s most popular photo spot.

Kadriorg
An elegant park within walking distance of old town, Kadriorg’s cornerstone was laid by Tsar Peter the Great when he established an estate with a public park. It’s locals favourite place for a stroll.

Master’s Courtyard
Home to the master craftsmen of Old Town, this courtyard invites visitors to shop handicrafts, jewelry and confections by Chocolaterie Cafe.

Katariina käik
This half-hidden way ranks among the most picturesque of Old Town’s lanes. You’ll find St. Catherine’s Guild’s workshops hidden in the lane, where artists use traditional methods to create glassware, quilts, ceramics and other wares.

Balti Jaama Turg
A hybrid of traditional food market, food hall, street food and gourmet shops, Balti Jaama Turg is an absolute food heaven. If you decide to stay for food- check Mealover Butchery & chef for top-notch steaks and meat dishes. This market is the perfect kick-off to explore the cool area of Telliskivi City. 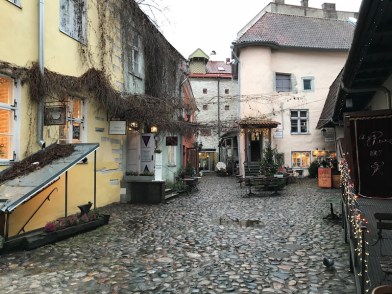 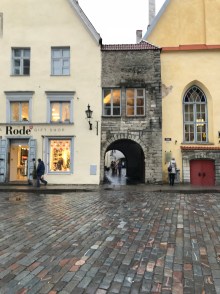 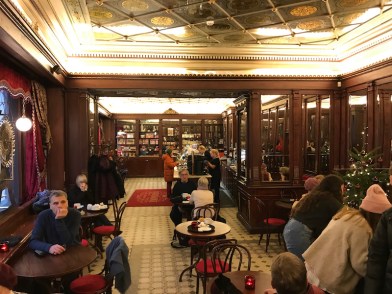 Salt  (top pick)
A lovely corner bistro with an even lovelier owner – Tiina Treumann. Send our regards, but be sure to book in advance – it’s usually very crowded.

Mon Repos
Chef Vladislav Djatsuk is famous for his Russian Tchaikovsky restaurant. It was crowned best restaurant in Estonia numerous times, and now Vladislav is back with his new restaurant: Mon Repos. He says this is the place where he cook what he really likes.

Sfäär
An eclectic mix of fashion shop and restaurant. The food is good, but not spectacular. What really stands out is the humming atmosphere and stylish interior.

Tchaikovsky
Tchaikovsky celebrates the fusion of French and Russian cuisine. Extra: it comes with a lush summer terrace.

For more great restaurant in Tallinn, check this great guide.

Tallinn isn’t very big – but the density of bars and clubs isn’t lacking. In fact, Tallinn offers a surprisingly high amount of nightlife venues. Are all Tallinners hopeless hedonists? Dive into the thriving nightlife and find out. A whole array of electro, funk and rock clubs is waiting to be discovered.

F-hoone (top pick!)
Located in a 100-year old remodeled fabric building, F-hoone ist a culinary hotspot for young gourmets and bar lovers. With its high ceilings, rough brick walls and graffitis on the outside, F-hoone feels like it could be located in the trendy part of Kreuzberg rather than Estonia.

Pudel bar
Pudel Baar probably has the most honest name – it translates to „bottle bar“. Not exactly very creative, but then, Pudel offers a fine selection of those bottles. Tucked away in Telliskivi Creative City, you’ll find 10 ales on tap and more than 200 beer bottles from around the globe.

Clayhills Gastropub
Clayhills sits in the heart of Old Town and offers an excellent selection of local and imported beers in a heart-warming atmosphere. Bonus: there’s a large outdoor terrace ideal for cool drinks on hot days.

Draakon
It’s a bit of a tourist catch, but still worth the visit: Draakon is a medieval theme bar built into the historic Town Hall. Waitresses wear costumes and you get to sip on traditional ale and Estonian schnapps.

Hollywood (top pick)
Hollywood is a melting pot for Tallinn’s party owls – no matter if tourist, youngster or youngster at heart. It boasts Estonia’s biggest video screen, so expect mind boggling visuals to complement both local and international DJs. Their sound system ranks among the best in Tallinn, with fat basslines punching you and the rest of the crowd to nirvana. 10/10 will come back!

Venus
Venus is living up to Tallinn’s party spirit – in summer it’s opened 7 days a week. They rank among the most popular clubs in Tallinn, especially for older audiences. People below 21 don’t get in as a rule and the parties go well beyond the first rays of morning sun.

Privé
Located next to Freedom Square, Privé is a club that’s paying close attention to musical detail. The owners make sure to select DJs and acts who play to the crowd and know how to rock a dancefloor with style.

Vabank
Vabank is the poshest of the posh clubs in Tallinn – make sure to dress up properly. It’s the place to see and be seen, to shake your assets and impress the show business’ elite dancing around you. The 3 floors range from disco to pop and R’n’B

Club Studio
Club Studio is a trendy club that’s always crowded, so make sure to come early if you don’t want to spend half of the party standing in queue. The music concept: mainstream beats get mashed up with electronic beats to create real dancefloor blasters. 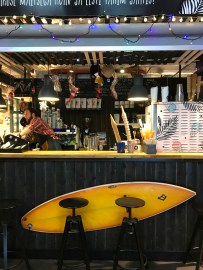 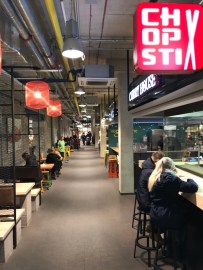 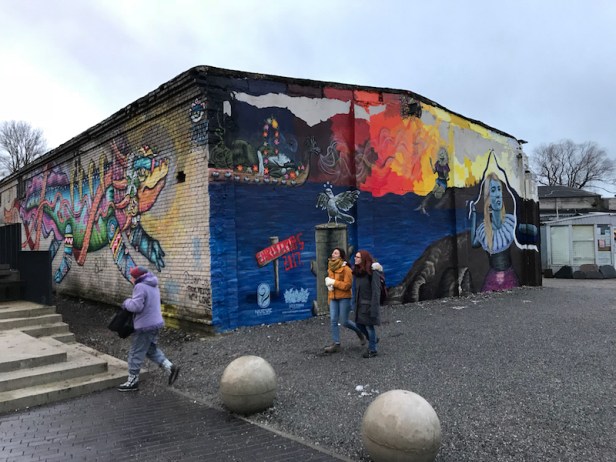 Telegraaf Hotel (top pick!)
Telegraaf is just 100 steps from Old Town’s medieval square – its location couldn’t be much better. With 84 rooms it’s relatively large, but its contemporary design and spacious interior create the feeling of a small boutique hotel in the heart of Tallinn. It’s also the only hotel in Old Town with spa facilities – a place that pampers you.

Three Sisters Hotel
Located within the 16th century walls of Tallinn’s fabled Old Town, The Three Sisters Hotel enables you to explore the crevices of Old Hansa without sacrificing style, convenience and luxury. Its original building was one of the most famous medieval merchant house, originally built in 1362.

Savoy Boutique Hotel
Small, private and luxurious. Savo locates at the very heart of Tallinn – in a place where the city center meets the medieval old town. It the perfect place for people who travel for business as well as for pleasure. The capital city’s most noteworthy business, entertainment and shopping centres are just a stone’s throw away.

Swissotel
Swissotel is a world of ease, luxury and Swiss hospitality. It’s also the tallest building in Tallinn, so you’re in for breath-taking views over the Old Town and Baltic Sea.

The Centennial
A great brand new 4-star hotel in the centre of Tallinn, 5-10 min’s walk from the Old Town. The interior is Nordic minimalist and Estonia’s centennial anniversary is reflected in the artistic design of the hotel featuring the main periods in the history of Estonia over the last 100 years. 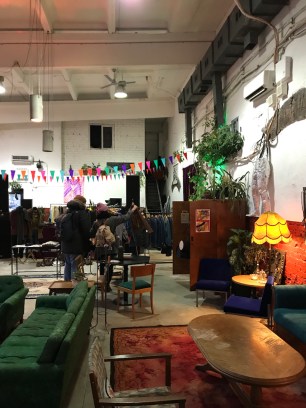 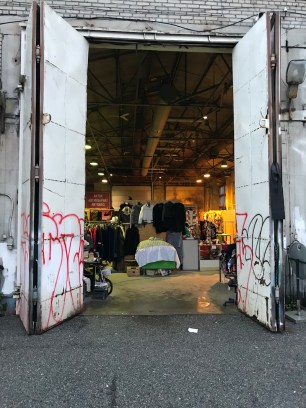 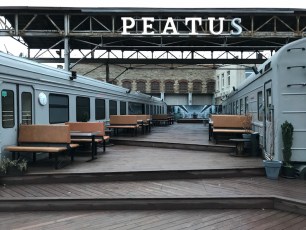 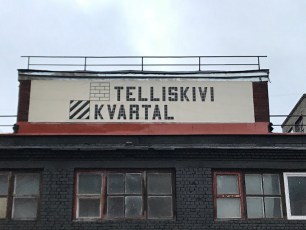 Haapsalu
Haapsalu is a calm town with narrow streets and romantic wooden houses just 2 hours from the capital. With the first spa opened in 1825, it enjoys a long history as a spa resort. Its idyllic nature and beauty have attracted the Russian aristocracy as well as travelers from all over the world. Today, it also hosts a number of international festival and houses a number of charming restaurants.

Pärnu
The definite summer holiday destination in Estonia, Pärnu attracts holiday makers with its long sandy beach, seaside restaurants, cocktail barsand a laid back vibe.This medieval city has an easygoing and romantic flair to it. Being the largest resort in Estonia, Pärnu is also a home to a variety of spas and historical bath houses.

Rakvere
Located in close proximity to the beautiful Lahemaa national park, Rakvere is the ideal holiday destination for urban comforts in a rural setting. Rakvere is also an attractive and rapidly developing town with an edge, being the host of a range of alternative punk music events and festivals.

Saaremaa & Muhu islands
These two islands rank among Estonia’s most popular holiday destinations for international tourists and locals alike. Their deserted beaches, lively culture and historical folklore add to create a welcoming place for all travelers. It’s the mix of sleepy villages, windmills, cottages and unique wildlife that caters to those looking for some quality time in nature.

Food sightseeing
Tallinn is a mix of cultures. And since every culture has its distinctive taste – it’s also a melting pot for an exciting culinary diversity. Influences form the East, West and North come together here, and the perfect way to explore the taste of Estonia is a food sightseeing tour! Of course it’s as much sightseeing as sighteating, so tuck in!