Berlinagenten is an energetic lifestyle tour agency that specializes in private tours and contemporary incentives. We entertain corporations, groups, management teams, intrepid travellers, trendsetters, celebrities, media professionals and thrill seekers, showing them raw, sexy, hip and happening Berlin. “We are not Sauerkraut” means that we’re not a bland tour guide company providing you with stodgy German meals or generic low budget programmes. If you’re looking for a traditional tour or a standard itinerary, then you’re in the wrong place.

Everybody is a celebrity! On Friday, the 5th of September 2014, the longest red carpet probably in the history of Neukölln district was pulled out – almost 50 meters! The owner of Berlinagenten, Henrik Tidefjärd, organized the 10th anniversary party at the trendy restaurant “Kantina Eins44” and many big names in Berlin’s nightlife scene came to celebrate.Finally, Henrik Tidefjärd is one of the people in Berlin who puts Berlin on the world´s„hippest“ destination map.

Nina Queer, Dominique Insomnia, Ruda Puda, Tara la Luna, Sheila Wolf, Rolf Scheider, DJ Divinity, leading managers of large companies like DDB, H&M, Air Berlin, Design Hotels ™, Visit Berlin, ic!berlin, Soho House and actors like Felix Maximilian or Martin Stange among others walked up the red carpet in the spot light. The strictly limited guest list included Berlin´s gastronomy, creative and queer scene, but also global business partners did not miss this one-of-its-kind event. The250 VIP guests were enjoying the perfectly organized and never ending Variety program: the Catwoman”Hauptsdtadtharfe” Simonetta, a 3D street art installation by 0815industries, a sexy dance performance by the Dreamboys, ic!berlin´s pop-up tombola with Ruda Puda, a rock-n-roll acrobatic show by Ihor Yakymenko and the Swedish artist Linda Vagnelind who painted portraits of Mick Jagger, David Bowie and Prince up-side-down are just a few examples of the unique line-up. The highlight was the “Grande Entree” and speech by the owner Henrik Tidefjärd short before midnight. Out of the industrial elevator in the courtyard came Nina Queer with Henrik in a tight red necklace accompanied by Dominique Insomnia with her fetish slave around her feet.

The party lasted until the early morning hours thanks to the diverse playlists by Dj StaBi Rec, Dj Aera (Innervision) and Dj Superzandy (GMF / Chantal house of shame). Not even the police who walked up the red carpet at midnight and demanded silence could stop the party. The sexy staff kept on serving pure vodka and champagne to the guests, for some guests it resulted in disaster, for others it ended up with just a serve hang-over the following day but overall it was disco fetish explosion!

The Berlinagenten thanks all sponsors who made this wonderful event happen: Eins44, Ambion, ic!berlin, Steigenberger Hotel Am Kanzleramt, the Pearl club & bar, Berlinmobil, 0815 Industries and Vagnelind. Thanks for your support! 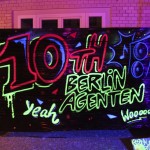 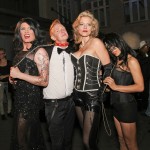 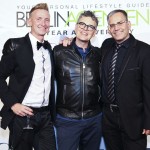 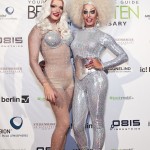 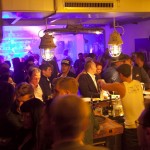 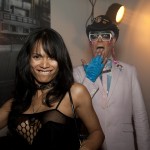 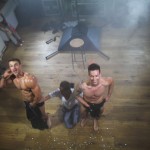 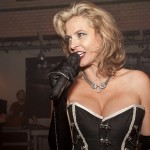 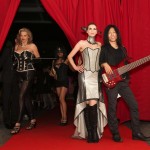 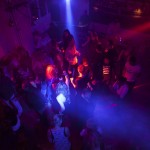 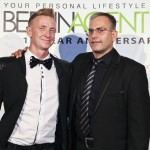 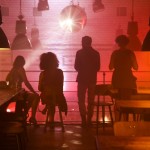 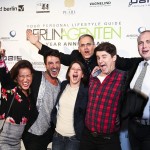 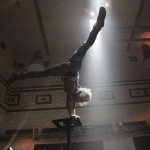 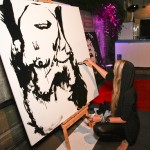 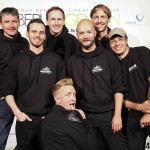 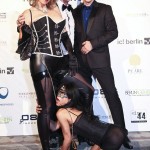 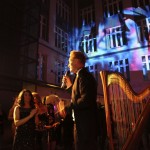