Thousands of visitors poured into the city when March brought the traditional start of the Berlin ITB (international tourism fair). With long exhausting days at the Expo and many new faces around, visitors are not the only thing pouring into the city. Countless trucks are on their noble quest to supply all the party hosts from the travel industry with the one thing that never runs out at good parties: Booze! No party without Berlinagenten, so here we went again.

T+L magazine rocks. And we don’t just say that because they mentioned our well-loved Gourmet Tours in the 2014 print of their 50 Dream Trips. They’re also awesome party hosts who know how to throw exclusive parties with glamour and style! Each year the who-is-who of the international hospitality scene assembles at Das Stue and the chic guests get to enjoy the mouth-watering canapés and cocktails the boutiquee hotel has in store for this special occasion. We just can’t get enough! 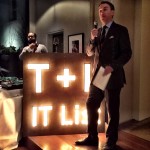 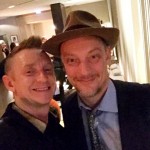 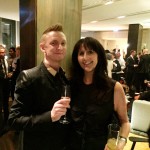 Sometimes it really shows Berlinagenten is something special. And not just to us. While 90% of the guests on this party had to put up with regular prosecco, we were downright chased by waiters with Moet Chandon bottles, begging us to have another glass of champagne. Always glad to help, boys! Thousands of cocktails made their way across the bars as well as special icecream lollypops that made our evening even sweeter. 0815industries did a great live graffiti show in the large backroom, which unfortunately fell off the wall a little later… that might or might not have been due to the insane amounts of cocktails given out. Definitely wasn’t us though… or was it? 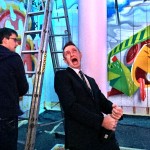 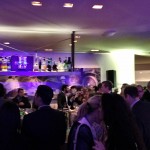 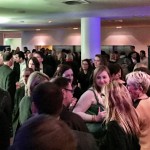 Let the party begin! Kempinski invites their best travel partners, agencies, tour operators and sponsors to their annual ITB party. The hotel’s bar feels a little old-school among all the up&coming design hotels in Berlin and somehow reminded us of a very small ocean liner’s bar. The hosts made up for it with high quality food and and a high volume live band, though. We only left when the cleaning personell started mopping the floor around us. Where did the night go again…? 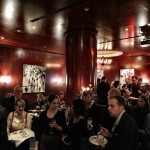 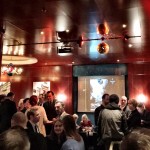 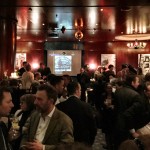 3 courses, 3 extra-ordinary locations. And even under the same roof! Now that’s something you don’t see every day. The first course was served in the historic-chic castle hall that is the Humboldt-Carré, the second course in the all new Gendarmerie where once white and beige walls have given way to strident colours and portraits of famous Berlin actors and actresses, and finally the third course in the underground Austernbank, a super cool old treasure vault turned into a restaurant. Chef Michael Weigt created a delicious menu based on typical Berlin dishes, reinterpreted and rounded up with an international flair. Only thing that was lagging behind was the dessert… wobbly jelly? We had to drink a few extra glasses of champagne to forget about that. 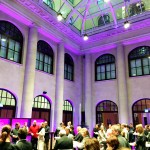 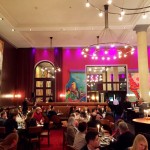 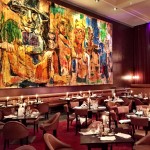 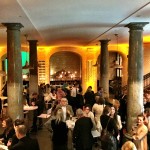 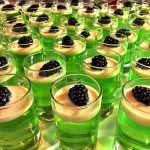 The new culinary gem in Lichtenberg. Actually, the only culinary gem in Lichtenberg! Their opening party on the 12th floor of Andel’s Hotel attracted countless curious Berliners and international guests. Chef Alexander Koppe was recently granted a highly coveted Michelin-Star, so naturally the supply of canapés coming from the kitchen were gone the second the hungry scavengers around us laid eyes on them. Thankfully no waiters were injured though. Let the scavengers have it, we’ll have the champagne instead! Read more about Skykitchen here. 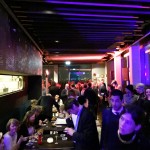 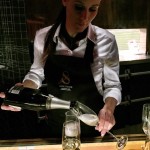 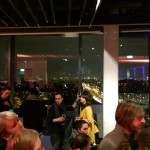 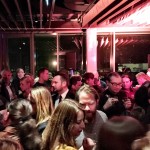 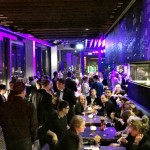 Though it was more of a sneak preview than an opening, our visit to soon-to-come ZenKichi already blew our minds. Owners Motoko Watanabe and Shaul Margulies already run a ZenKichi in New York and they’re now setting sail to conquer Berlin’s japanese dining scene. Unlike most japanese restaurants they’ll not be selling sushi but instead offer a well-sounding à la carte selection and something that really makes ZenKichi stand out from the rest. They’re creating a whole new level of intimacy by shaping the interior so that instead of one large dining room, you’ll have 35 private séparées offering space for up to 6 guests per table. We can’t wait until the restaurant is completely set with cosy interior design and Japanese deco 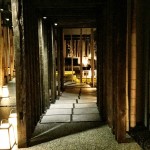 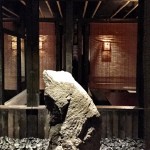 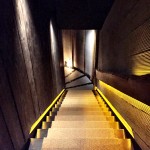 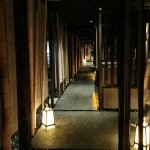