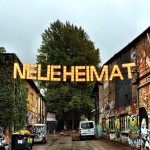 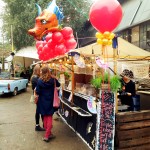 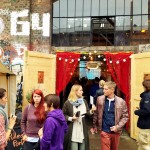 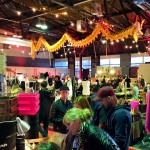 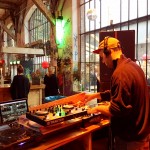 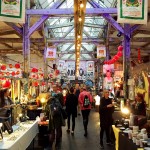 Here’s one for the all the lovers of our beautiful german language out there – das Reichsbahnausbesserungswerk (RAW). When you’re done untwisting your tongue, the idea might hit you that this must be some sort of complicated german disease. Nope, all wrong. The world actually means „repair station of the imperial railway“and as it happens with most things in Berlin that you take your eyes off for a few years, it was soon stripped of its initial purpose and revived to a totally different life. The RAW premises are now known for their wild mix of night clubs, bars, artistic spaces and trend sport activity venues and attract thousands of visitors on any weekend of the year. Now the makers of the infamous Bar25 and Chalet Club joined the fun to add yet another facette to the beloved RAW.

The village market „Neue Heimat“ recently opened its doors in two industrial halls located on the premises. Thankfully they’ve been going easy on the renovations – you can still smell the scent of Berlin hanging in the air as you stroll through the area and be sure, it is by far not the only scent that draws your attention. Delicious food is to be had on every corner of the beautifully arranged  village and food market. We got disquietingly close to several culinary orgasms while eating our long way through the food shops.

Two friendly looking french guys had us coming close for the first time when cooking some spicy mediterranean sausages with a sensational yoghurt&herb sauce, served in a hotdog bun. You like meat, this is the place. If you’re brave enough for a daring cultural blend – behind the „Buns“ truck an english fella cooks tasty chorizo burgers and fish and chips.

All in all there’s more than 20 culinary options to choose from and enough food to feed even the hungriest of stomachs. Specialities from all around the globe and a mix of well-known street food veterans from the area create an international flair right in the heart of the city. You’ll also find entertainment here throughout the weekend – they also feature a design market with fashion shops, art and music. Their website even announced an extended christmas market a few days ago!

With the makers of Bar25 running this place, we’re sure there’ll soon be even more on the menue. And now, off the Reichsbahnausbesserungswerk! (extra points for correct pronunciation)

Henrik swept up the red carpet in the company of Swedish Director Måns Herngren as the paparazzi snapped away.

When it comes to style, Berlin has a reputation for down played casualness  – leather jackets, t-shirts, old jeans and scuffed boots, however, there’s another scene. A city of well-cut designer suits, ties and shiny shiny leather shoes, lashings of hairspray, botox, cocktail dresses, furs,  luxury handbags and towering high heels.

Sophisticated Berlin is becoming ever more prevalent and you can really see this when it comes to the sheer volume of luxury establishments that are opening. The Beef Bar started in Monte Carlo, then opened in Moscow and now has come to Berlin. Who would have thought it?

Berlinagenten were invited to scrub up, polish our shoes and don our best smoking jacket for the opening in the historic Hausvogeteiplatz area of Mitte. We swept up the red carpet, as the paparazzi snapped away. The restaurant itself is all slick minimalism, arranged around slatted dark-wood wall paneling, brilliantly white marble columns and tables, and black leather chairs, lit in a buttery yellow downlighting.

We were immediately handed a glass of Tattinger Champagne that flowed throughout the night. In attendance were old Berlin family money, businessmen in suits, skinny women in long dresses and furs, actors, politicians and old school divas. Canapes kept coming out of the Beef Bar’s kitchen. The cuts of meat were delectable, the tartare perfection and the Foie Gras, delicious.

However, you cannot erase old Berlin, which was in evidence, as a Sven from Berghain lookalike DJ pumped out electronic beats to the crowd. 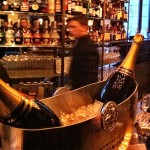 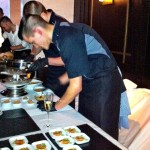 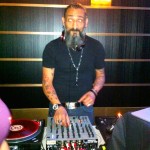 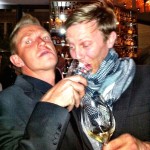 One of our favourite maître d’s in Berlin has opened his very own restaurant. Swiss born Maxime Boillat has been a fixture of the Berlin gastronomy scene for the past 15 years since starting his career at Kempinski Hotel, then working at Zoe, The Munzsalon, Tartane and HBC.

Whenever we’ve encountered Maxime, he has always created a trendy, yet laid back scene. This is very much in evidence at his very own restaurant. A mixed, trendy, mature crowd sits on stools gathered around the small bar drinking wine, dogs at their feet, as prints of two huge cockerels frame the wall behind them.

A simple small step separates the restaurant from the bar. The décor is simple, retro fused with GDR lamps creating an intimacy, where the food and wine take centre stage. Maxim is definitely on trend, as the Berlin Gastro Scene moves towards wine bistros offering a broad selection of fines wines and smaller dishes.

Okay, so let’s talk wine. Maxim has adopted a natural wine policy. This wine is made with minimal chemicals or technological intervention in the growing of the grapes. Maxime, being a sommelier of distinction, is on hand to match the wines – which he also sells by the glass – to the food. We started with a chardonnay and grenache mix, before moving onto a full-bodied red that Maxime called Berghain, after the famous techno temple. The analogy being like Berghain, it can smell a bit funky on arrival, but once you’re in, you’re like wow! Amazing!

A simple brown paper bag filled with a selection of house-made bread and a sinfully creamy butter started the meal on the right note. For entre, we opted for fat juicy scallops steamed in their own jus with light grapefruit vinaigrette, alongside a duck roulade served with a startling fresh wild green salad.

For the main course, out came a plate of the rawest, wafer thin roast beef with truffle salsa verde and fermented mushrooms. The signature dish of the restaurant is octopus that has been boiled, smoked then fried, giving it a delicate crispy skin with a holy smoky flavor. For an extra flavor dimension, it is served with tarragon syrup with the tiniest amount of raw tartar. Finally, we sampled the Ox cheek done two ways. One piece is slow cooked for 25 hours at 68 degrees to be precise served with a red cherry reduction. On the other side of the plate is minced ox cheek, combined with lemon and topped with breadcrumbs.

So far, so full, but one thing that you cannot miss at Maxim is the cheese. Maxime has managed to convince one of the world’s finest affineurs, or cheese agers to supply the cheese. Bernard Antony, an artisan, ages cheeses into magnificent maturity in his caves, in the Alsatian town of Vieux-Ferrette. Anthony is the affineur for such Michelin three-star chefs as Alain Passard, Pierre Gagnaire, Alain Senderens and Alain Ducasse. While he was François Mitterrand’s go-to cheese guy. Maxime just happens to come from a nearby village, therefore, convincing Anthony, to become his affineur. The only other place he supplies in Berlin is the two Michelin starred Lorenz Adlon at the Kempinski’s Adlon Hotel. Nice work Maxime.

With 25 cheeses on the menu, you’re really in some kind of cheese and wine heaven. It’s also surprisingly reasonable when you’re talking the quality of the cheese. A selection of six costs 12.50 euros. Our favourite was the Epoisses from Burgundy in France, which is always on the menu.

Welcome to Maxim and Maxime, although you’ve been around for ages! 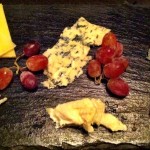 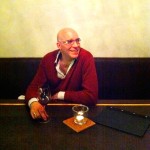 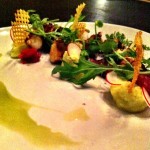 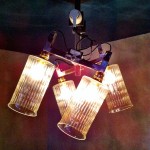 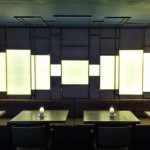 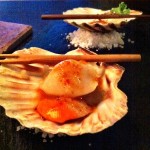 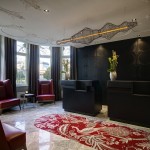 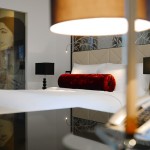 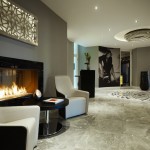 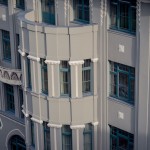 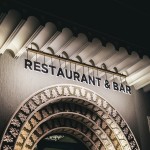 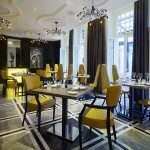 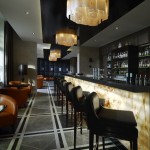 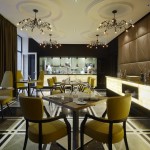