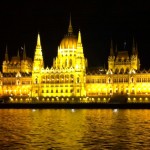 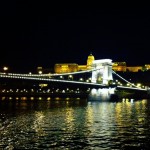 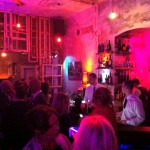 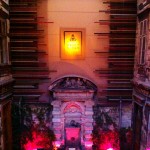 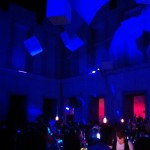 Budapest and Berlin, both begin with a B. However, they have a strikingly lot more in common than that. Berlin was the capital of the Prussian Kingdom back in the day, whilst Budapest was one of the capitals of the Austro-Hungarian Empire. Both were beautiful before the war broke out. During World War 2, Hitler turned Budapest to one of his Nazi power hubs of Eastern Europe. After the war, like half of Berlin, Budapest fell under the Soviet rule. After the fall of the Berlin Wall, the new generation set to catching up on what they have missed during the Cold War and creating their cities in their own image.

Whilst Berlin was 70% destroyed in the war, Budapest retained more if its original buildings. However over the last ten years, almost everything is renovated or being renovated in Berlin. Meanwhile in Budapest, many houses and facades look like settings from a World War 2 movie. No wonder many Hollywood producers choose to make their movies in Budapest nowadays, as they don’t have build up a fake studio setting.

It’s like Berlin two decades back, it gives the energetic underground scene the opportunity to use abandoned buildings for bars, clubs or galleries. Over the last ten years, the trend for Ruin Pubs & Clubs has emerged. It’s essentially finding a building in Pest, renting the cellar and ground floor, then moving in, setting up a bar, inviting bands to play and artists to show and offering cheap booze and food.

In Szimpla kert (Simple Garden) is the mother of all ruin bars, situated in a labyrinth of a tenement house. It’s full of quirky rooms. Take a beer in a cannibalized old Trabant car, or beneath a gutted grand piano sticking out of the wall. Cheap drinks, yummy burgers and great atmosphere,

Instant is a combination of two tenement houses have been gutted to create one huge building, with former flats and rooms holding their retro qualities. Don’t miss the Upside down room, where there is a whole room of furniture hanging from the ceiling. Trippy!

Fogas ház is more a cultural space, than a pure ruin pub. Which is a good thing as it offers a sophisticated mix of both. Check out their programmes, which feature a gallery, film screenings theatre group, concerts and parties. The pizza is a bit special here, check it out.

Doboz  is a huge space with room for 1000 people, over two pumping dance-floors.  It’s pretty classy so make sure you dress up a bit.

Urimuri is perhaps the most Berlin like of the ruin clubs, due to the quality electronic music.

The best nightlife is to be find in 7th district –  the ‘Soho’ district, or the theatre district along and around the street Nagymező utca and in the courtyard complex Gozsdu Courtyard (which is kind of Hackesche Höfe complex, full of bars and restaurants)

Budapest offers an emerging restaurant scene that is avant-garde. Yet at the same time you can get a traditional heavy meals, such as Goulash.

Mak is informal and cool. Its based on the French concept of ‘bistrot gastronomique’. The menu originates from the rich culinary traditions of Hungary, as well as the tastes and textures of Asian cuisine.

Klasszetterem is another great traditional restaurant, where you sit surrounded by bottle of booze that you can buy. Check out their delicious chicken liver dumplings.

Menzaetterem is a super cool retro designed restaurant. The name refers to canteens of the Socialist era. The food is up-to-date take on the classics such as Hungarian Goulash or Beef Soup.

Don’t miss the bath of a life time!

With all this eating, drinking and partying, you must make time for a soak in one of Budapest’s famed thermal baths. Szechenyibath is the biggest and most popular,  with many thermal pools indoors and three outdoors. Even in winter time, they are heated to 38 degrees. There’s nothing like being outside in minus degree temperatures and vanishing a cloud of steam.

We totally love the boutique hotel Brody House, founded in 2009, as a hub for creativity and innovation. Right in the middle of Pest, it has a relaxed Soho House vibe. Like Soho, is also a  members’ club with a stylish bar, and a hub of local creativity with a calendar crammed full of art events and book readings. 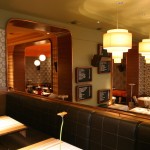 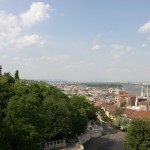 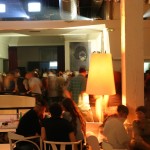 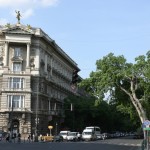 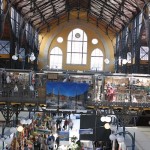 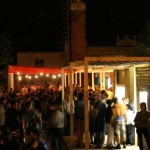 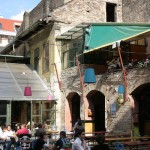