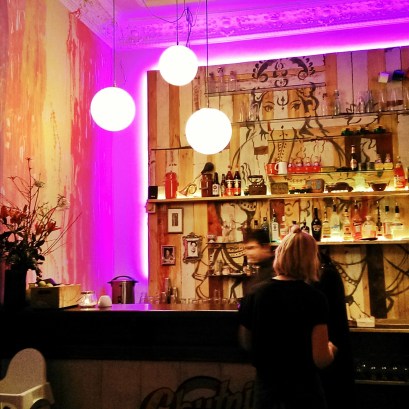 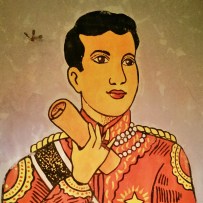 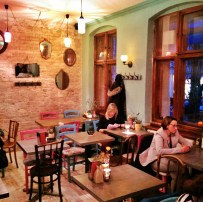 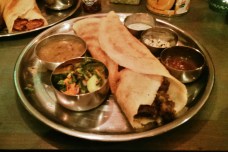 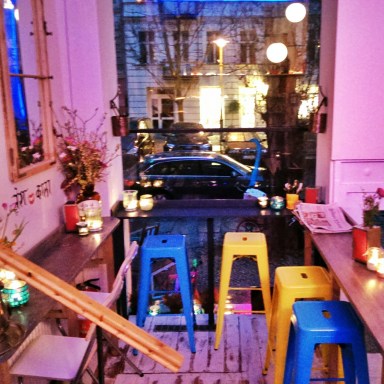 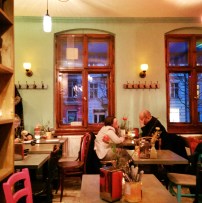 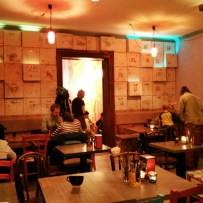 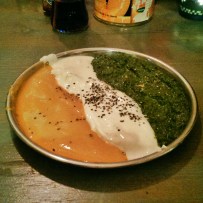 The good news is: that’s over. We found a winner. Recently opened Chutnify in hipsterhood Prenzlberg isn’t just tasty, it’s different. After 22 years in the designing business, owner Aparna Aurora saw a dream came true when she opened her cozy little neighbourhood eatery just a few months back. Her skill for design shows on the vivid inside – from the colourful historic warehouse elements in the main room, the self-built bar made of recycled wood to the wall painted in reminiscence of the holi colours, there’s just one eye catcher chasing the next.

There’s something even more appealing about Chutnify. The ingenius Dosas. We’ve just had the first Dosas of our life and haven’t been able to think of something else since. Dosas are traditional Indian crêpes usually filled with potato masala that come with a variety of chutneys (sauces, if you like). Aparna used to have Dosas as a special treat on weekends with her family in India, so finding the perfect recipe here wasn’t easy. It took months to figure out the most harmonic balance between the ingredients to create the perfect dough. Be assured: they found it.

The chefs at Chutnify added six self created Dosas to the list, featuring delicious fillings like cheese, onion and chilli or super tasty tandoori chicken with sweet pepper. We can really recommend the tandoori chicken option, it’s what got all this flattering started in the first place. Best thing about Dosas is you can have them for desert, too, so we ordered one filled with Nutella and banana slices and it tasted just as satisfying as it sounds (we’ll have to jog a few extra rounds tomorrow).

Great to have you around Aparna, we’ll be back for sure!