We’re famous, we’re famous! Finally we’ve joined ranks with Hanno Kofler, Will Smith and the Power Rangers. Yes, you guessed correctly. We were on Pay TV! (for autograph cards please contact the office).

The renowned programme Spiegel TV Wissen shot an episode dedicated to Berlin’s flourishing clubbing scene. Guess whom they chose to be their star for the night? That’s right. Our one and only Henrik DiCaprio, Emperor of red carpets and Defier of booze curfews.

Film crews are’t the most popular guests in the clubbing scene. Few people apart from us enjoy seeing their faces on YouTube looking totally hammered, and understandably so – most people just don’t have the face for it. But give Henrik 5 minutes and a cell phone and club doors swing open faster than a Primark door on Summer Sale. The film crew couldn’t believe their luck.

And it wouldn’t run out, either: our nightlife tour set new standards. There was everything from enjoying the sunset with drinks and laughs high above Berlin’s rooftops to dressing up as sexy dancers in an edgy Burlesque wonderworld called Prinzipal Kreuzberg. We got some scandalous looks from the Burlesque dancers when we took the film team into the dressing room, but who cares! Before completely dancing our socks off at the Pearl, we served a refreshment that made the film crew drool over their equipment. Currywurst and champagne – the style of West Berlin.

By now both guests and film crew had realized what we do is far from your usual pub crawl. We took both guests and camera team to a world they hadn’t even dreamt of before. Berlin’s nightlife, 100% unplugged. Check out the full video here. 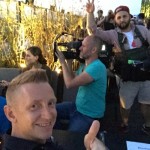 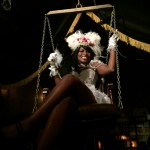 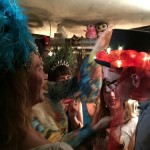 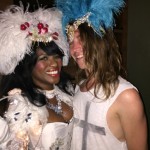 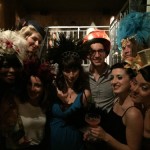 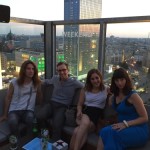 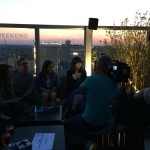 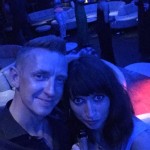 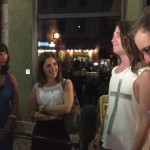 You don’t win the Champions League in Berlin every day, but if you do, you better get ready for the craziest night of your life. And there’s no better club to pop champagne bottles in than in our second living room, the trendy Avenue club! We always get in, no matter the party, hence we feel obliged to present to you this rare exclusive footage of the night of the champions. With guests like Shakira, Dirk Nowitzki and of course the whole Barca crew the atmosphere was completely off the hook. But see for yourself! 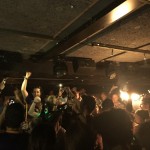 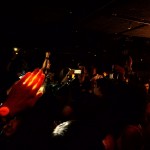 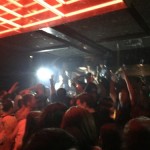 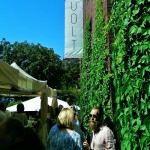 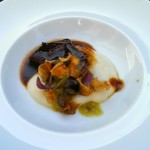 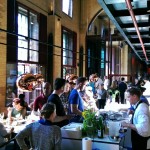 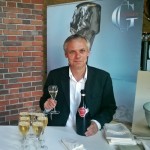 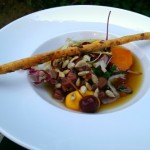 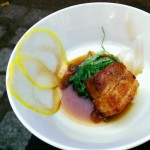 “Euphoria. Suspense. Extasy. Excitement. Frenzy. Fever. Excess. Fire. Ember. Courage.” Let me think… uhm, yep, this must refer to us. Why else would an other worldly creature wearing close to nothing but a reflecting mask pick us from all the audience and give us a card with these words on it? The Trust Bar in Mitte set a dark yet atmospheric mood for the extraordinaire launch event for Thaos Lindner‘s latest collection “Euphoria” – definitely one of the hottest fashion week events. The models took a remarkable liking to us, handing us not one but four of the much coveted cards of wisdom as they went down the catwalk. The envious fashionistas sitting next to us wouldn’t get over it – why did Berlinagenten get all the attention? After less than an hour the strangely satisfying show was over and we got a little tipsy, before taking the trip back to reality. 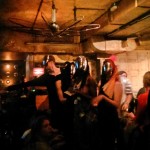 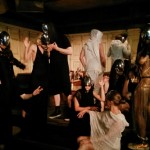 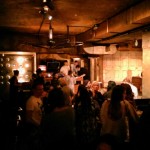 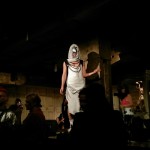 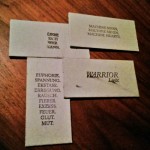 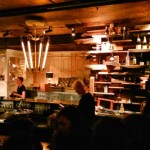 Flashy club nights with hot chicks and overpriced booze are your favourite thing? Welcome to the First Upper West Club. Once a sleazy afterhour bar, the club has been completely remade and with flashy 360° surround LEDs now looks like a wet partying dream. Amerano, known for making awesome-but-pricy tailor-made suits, was the perfect candidate to hold their fashion week party at Upper West Club. Since Berlinagenten won’t be forced into roles, we came their looking casual cool as usual, opposed to the fancy-schmancys who nervously eyed us from the corner. What can we say? We rocked it. 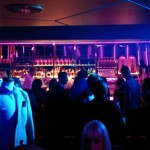 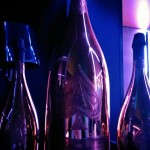 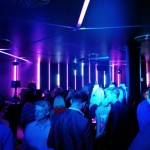 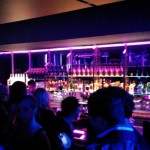 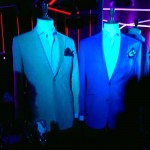