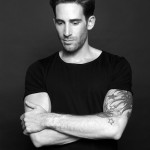 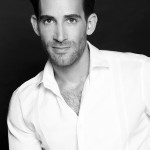 Q: Hey Dennis! It’s quite astonishing that right after your apprenticeship you started working at Studio Steimel, one of the best hairdressers in Cologne. After that you worked at Udo Walz’ place in Berlin. How come you started right at the top of the food chain? Or rather, hair chain.

A: I was rather lucky to get invited for a work trial. I had to prove my talent and from there it wasn’t such a long way to get hired. Also, male hairdressers were still a bit of novelty back then, so that was a plus point for me, too.

Q: What are the requirements to become a great hairdresser?

A: Even though there is lots to be learned, not everything can be learned. A certain portion of talent is essential for the work. You also have to be fashion-conscious and follow the latest trends.

Q: What is the price range for hair cuts at your salon?

A: The standard treatment for men starts at 55€, including consultation, massage and haircut. A haircut with colour and all the trimmings will be around 250€, and time-consuming desires like extensions might end up costing up to 2000€.

Q: How did the beauty scene change in the past 10 years?

A: By the end of the 90s, men had a bit of a low point when it came to styling. When I got here in 2003, only few Berliners were willing to spend much money on good haircuts. It was the time of cut&go hairdressers, who charge about 10€ for a haircut. Everyone looked remarkably unremarkable and didn’t want to catch too much attention. But as Berlin became more fashionable and expensive, people developed a new attitude towards that topic.

A: Diversity. Today you’re getting a coffee with your joggers on and tomorrow you’ll sit at an event in your suit. There is no fixed direction in Berlin, you just go where the wind takes you. I love that!

Q: What do you do on a Saturday night?

A: I like to meet with friends and enjoy the Berlin food scene. I don’t really go out much anymore…but when I do, going to Berghain wouldn’t be so far fetched.

A: Berghain? Are you a techno kid?

Q: When I was 20ish I went dancing to techno a lot. We used to get our game on at the Wartesaal Club in Cologne, and afterwards head over to a little club in Neuß, where everyone met for the afterhour. There were lots of great parties back then!

A: Do you think Berlin has become a trendsetter?

Q: Definitely. In the last years Berlin has really developed a deep vein for fashion and has given itself its own distinctive face. Under the slogan “I do what I like and I am what I am” Berlin’s face represents the need for freedom, for every person on an inidividual scale – but also for fashion on a general scale. I think the whole Hipster trend developed from that mind set, and has become really popular world wide.

Q: What funny things happened during your career?

A: I once had this customer in Cologne. He was a pimp. One day he asked me if I wanted to come to his brothel to cut his girls’hair and well… I said yes. So once every month I would pack my things an stay at the brothel for two days and cut the girls’ hair in the private area. They were really grateful to have someone come by who wasn’t just there for the one thing. When I started cutting they would just start chatting away… I got to know some names of really prominent customers.

Q: Just a test. Do you already know beforehand when prominent international figures come to your salon for a haircut?

A: Not always. When James Blunt came for a haircut, they told me it was him just minutes before he arrived.

Q: Last but not least – whats your favourite place in Berlin that you can recommend to our readers?

A: My favourite place is my couch!

Q: But we can’t send our readers to your couch…can we?

A: You can try! But no. There’s this lovely Italian place called Delizie D’Italia on Kollwitzstraße. Real Italians, real Italian food, real Italian flair. Not the prettiest of places, but the realest. I’ve been going there for years.

Alright! Thanks for taking the time Dennis. We’ll see you at the next haircut!