There are millions of beaches in the world, one more beautiful than the next. They come in all kinds of shapes and forms, from palm-fringed to scraggy, from volcanic black-sand on Iceland to white-sand on Hawaii, from touristic to secluded, from popular to hidden secrets. Beaches are the ultimate escape for every traveller. Most tourists dream of well known beaches in Rio de Janeiro, Bora Cay, Miami, Phuket or Algarve, but we want to present you beaches so beautiful they could be from a fairytale and are spared the burden of mass tourism yet.

Praia de Cassagne / Peninsula de Marau, Brazil
Praia de Cassagne was voted the most beautiful beach of Brazil. This ecological paradise offers miles of white sandy beaches, dense Atlantic forest, centenarians coconut trees and nature trails. The beach is free of rocks and reefs making it ideal for water sports. If you’re lucky you can watch hummingbirds slurp nectar from colourful flowers and monkeys dangling from the trees in the morning. 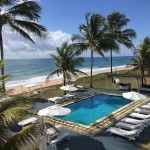 Es Trenc / Mallorca
As one of the last large natural beaches in Mallorca that hasn’t been spoiled by big hotels and a whopping amount of seaside restaurants yet, Es Trenc is considered to be one of Europe’s most dazzling beaches. Despite it’s only 2 hours on a plane from Berlin, Es Trenc’s balmy waters and white sand create a pristine beach experience with Carribean flair. Even though Mallorca isn’t as gay friendly as Ibiza yet, a pink bungalow on Es Trenc heralds the forthcoming of more opened minded times. 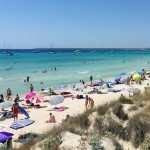 Diana Beach / Barbuda
This exclusive beach named after Princess Diana is a true Carribean diamond. The secluded 165-acre peninsula with its pristine pink and white sand beaches is wonderfully uncrowded and far off the hustle and bustle of other Carribean islands. Barbuda is less westernised than its neighbouring islands and maintains an authentic Carribean charm. It wasn’t only Princess Diana’s destination of choice, celebs like Robert DeNiro and Eric Clapton are known to enjoy their holidays under coconut trees in this tropical hideaway. 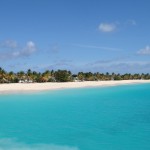 Grace Bay Beach  / Providenciales (Provo), Turks and Caicos
Grace Bay in Turks and Caicos is the world’s #1 beach, according to TripAdvisor’s Travelers’ Choice awards. Provo has been ranked “Best Beach” by Conde’ Nast magazine and by the World Travel Awards for several years running. The sand is perfectly white without a single rock, there is literally no pollution and instead of seaweed you’ll find vibrant aquatic life with spectacular coral reefs that protect the bay from the ocean swells of the Atlantic. It’s easy to see why Grace Bay was voted #1 in the world. The water is so turquoise, it blinds you! 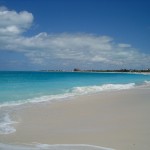 Beach No. 7 / Havelock, Andaman Islands
Picture the white beaches of Ko Pha Ngan before backpackers, full moon parties and cheesy tourist bars arrived, and you have a good idea of what the Andaman Islands look like. Though a little pricier, an eco-village is the only hotel on Radhanagar beach – ‘the best beach in Asia’ according to TIME magazine. Beach No. 7 is also home to Rajan, the last of the famous ocean-swimming elephants. 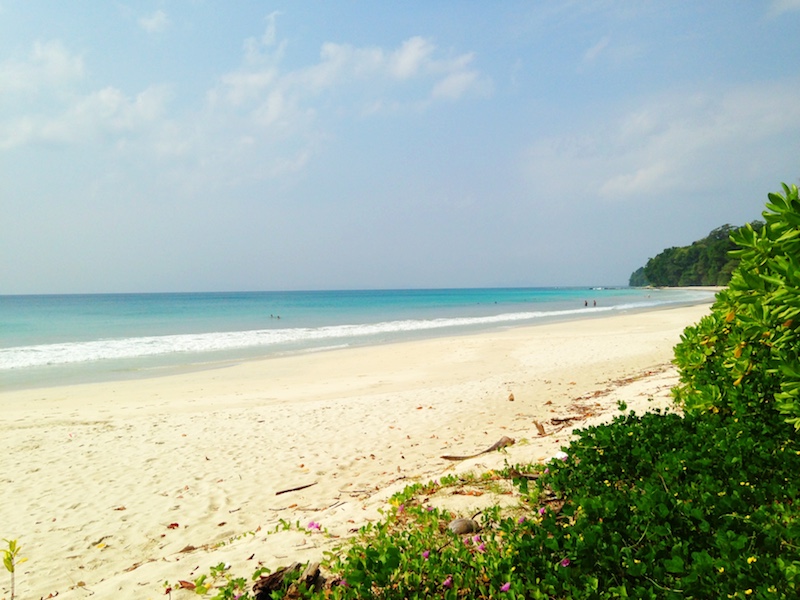 Tulum Beach / Mexico
Tulum is one of the last cities built and inhabited by the Mayas and boasts an unrivalled historical past among the Carribean top destinations. It’s considered a Bohemian beach paradise where you can still experience Mexico’s untouched beauty, even though the little town is home to comfortable accomodations and restaurants catering to all budgets. People are scarce on Tulum’s beaches which make them ideal for travellers who enjoy a low-key escape with pearly-white sand beaches off the beaten track. 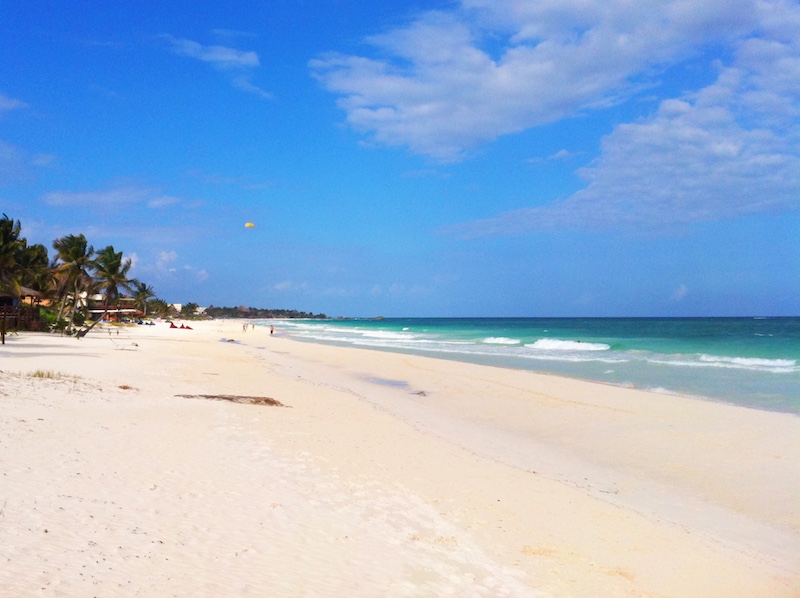 Tip of Borneo / Malaysia
After finding your way through remote villages and coconut plantations, you’ll find Pantai Kalampunian, a long stretch of beach on the most northern tip of Borneo, the third largest island in the world. There are hardly any structures along the beach, which just adds to the unearthly beauty complemented by azure-blue water and perfectly white sand. The coastline can be treacherous, though. The Kalampunian light house towering above is a reminder of the many shipwrecks that lie before the coast. 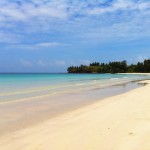 Zapatilla Keys / Bocas del Toro, Panama
Over 18 countries have filmed their respective versions of the successful reality show “Survivor” in the exotic Archipelago Bocas del Toro off Panama’s Carribean coast. The Archipelago is famous for its many beautiful beaches, but the most breathtaking beaches are to be found on Las Isla Zapatillas, two small islands consisting of just 34 and 14 hectares. Nature remains almost completely untouched on these 2 gems, there are no big hotels or upscale restaurants, but you will find ruins of an old house that is said to have been built by pirates. 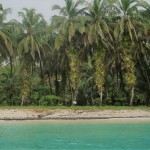 La playa de Las Conchas / Isla Graciosa, Spain
Las Conchas is a dreamy beach on the Canary Islands, though not without its pitfalls. Due to its northern location on the island, the strong currents can turn your diving fun into an open sea excursion if you don’t watch out. If you stay close to shore though, your biggest concern will be rubbing yourself with sun cream regularly and enjoying the views over Montana Island just off the coast. 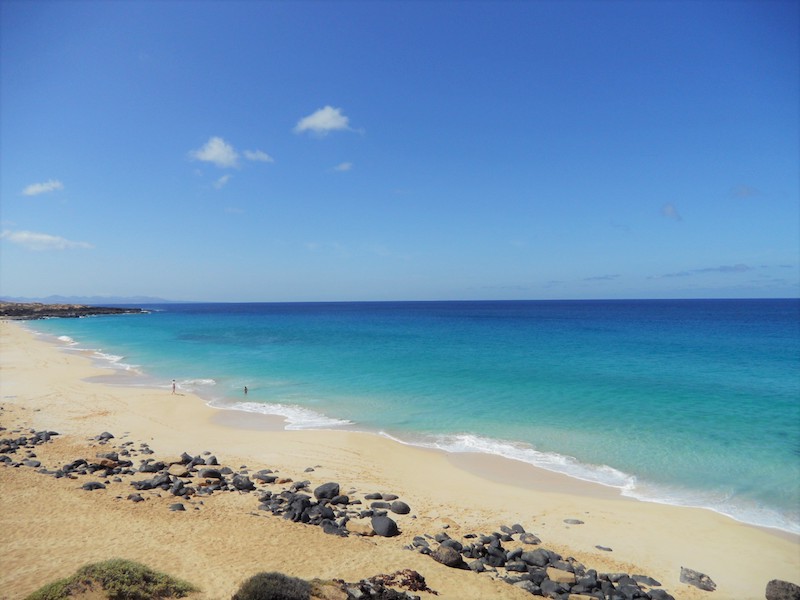 Kondoi Beach / Taketomi Island, Japan
Taketomi is largely unspoilt and is home to a village in the traditional Kawara style with red tiled roofs and lion dog figures to ward off evil spirits. Visitors must either walk or rent a bicycle as there are no rentals cars on the island. Taketomi is home to one of the most pristine beaches of Japan, featuring a beautiful crescent-shaped bay and shallow turquoise water. 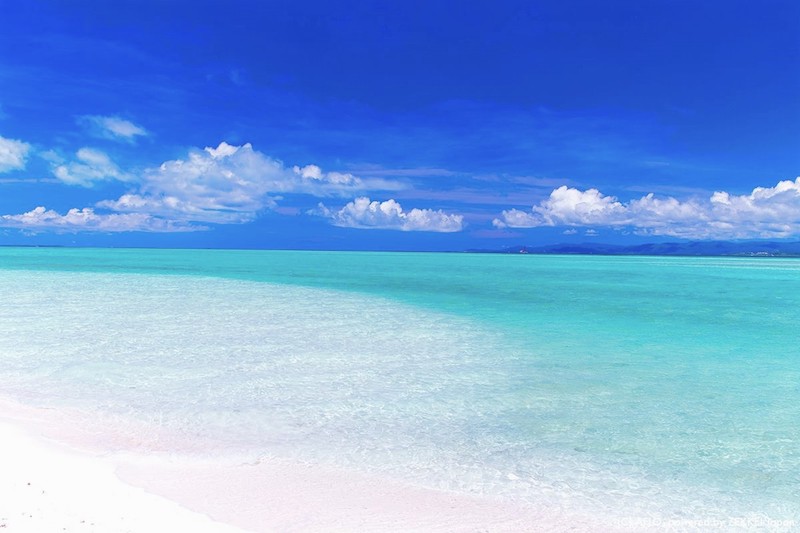 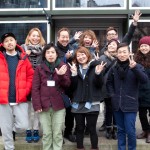 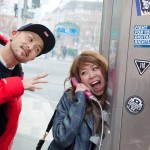 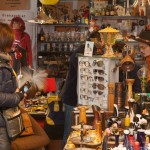 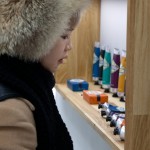 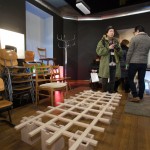 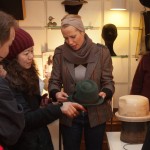 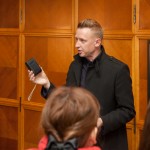 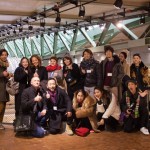 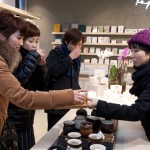 Berlin is all about individuality. You’re free to be whoever you want to be and spending just a few minutes on the streets will assure you that you can look as absurd as it pleases you, too. Tainted Sunglasses, peacock feathers and ripped jeans with your suit jacket? No probs. Undies on your head? Happens all the time. Hence, no one so much as batted an eye when a whole bunch of super trendy looking stylists from WELLA’s Japan division led by Berlinagenten started roaming the streets of Berlin Mitte to hunt for the coolest trends in the city.

Berlinagenten took them on a specially designed Cool Hunting Tour to fulfil their inspirational needs and really help them to dig into Berlin’s creative atmosphere – after all they were here to broaden their horizons and catch some of the city’s unique flair to bring it back home.

After visiting some of Berlin’s mandatory landmarks, we’ve had the pleasure of hosting four simultaneous tours through different trendy boroughs, all well known for their cool&edgy restaurants, bars, design stores and hip boutiques. Every now and then we’ve made somewhat longer stops at the locations to give our vigorous youngsters the chance to ask in depth questions and have a look behind the scenes – we promised to really give them insight into the Berlin fashion and art scene and we didn’t let them down! Visits included fashion labels like Picapica (known for high quality plant-dyed organic-clothing), Tausche, Devaki (they make some of the finest hats), but also the Art Center Bethanien and Berlin’s newest design temple, the Bikini House.

After an eventful day our guests boasted all the pictures they had taken that day over a gourmet dinner at the Soho House, sharing all the colourful memories of a day that’s bound to stay on their minds for months to come. A few of our japanese guests just couldn’t get enough of the city (and Berlinagenten) and decided to join us for a wild night out – strictly off the books. If the others won’t forget Berlin anytime soon, they certainly never will. We ended up partying until the early morning at Berlin’s sexiest cult party – Chantal’s House of Shame and our guests (literally) screamed with delight, all night! We’re already looking forward to having you guys again. 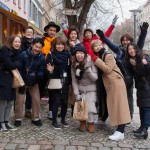 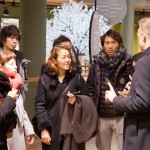 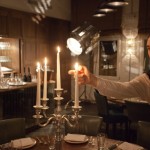 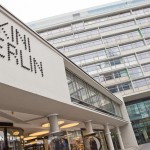 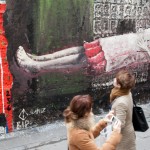 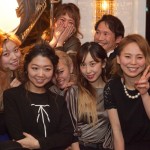 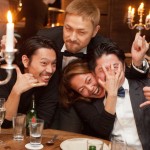 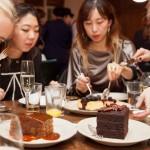