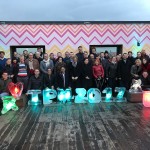 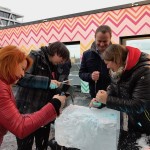 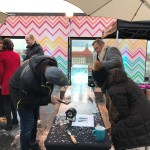 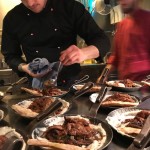 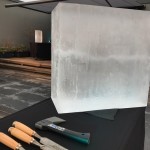 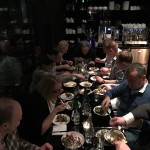 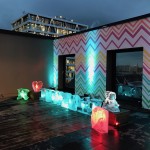 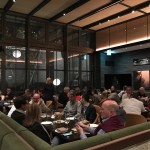 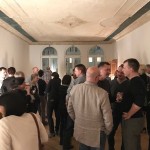 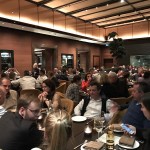 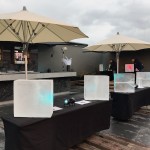 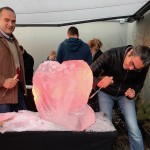 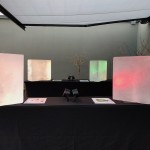 When we hear “ice”, our thoughts naturally drift towards delicious cocktails and crushed ice – maybe ice cubes – with a tiny rainbow colored umbrella in it, saying “Drink me! Drink me now and love me later!”. Since we understand not all our guests share our well-known passion for cocktails and party hats, we presented them a form of ice anyone can get behind. We proudly present: Our first ice-carving workshop, fuelled entirely by the raw artistic skill of our guests (and just a little bit of mulled wine).

Overlooking the area from Amano’s roof terrace, 11 teams hacked and slashed away with sharp axes to create what we believe is some of the finest ice-carving art in history (see pictures). Of course handling the axes was a little dangerous – but then, we don’t specialise in creating day trips for pensioners but in forging unforgettable Berlin experiences!

To prove that point, our following Gastro Rallye kidnapped our guests’ taste buds and took them on a road trip of culinary delights. A journey from Paris to Tel-Aviv with Mani restaurant’s luxurious cuisine, on to Asia in Tim Raue’s Sra Bua in Adlon Hotel. The last stop was Berlin’s pioneer members’ club – Münzstudio. Münz’s Belle Etage has seen prominent guests ranging from Take That to Quentin Tarantino – just enough for our demanding customers.

With our extensive selection of award-winning tours, we’re happy to please every taste coming our way. However, we’re even more eager to create unique experiences, hand-tailored for our customers’ desires. Whatever your poison is, we’ll add a spoon of awesomeness and make sure you never forget Berlin. And us.

New Media is the new frontier and bloggers have become the communicators commanding mass audiences, hence the German National Tourist Board (GNTB) held their first Social Travel Summit to Leipzig on 15 and 16 April 2014. After the conference, the bloggers were dispersed around the country. Two groups were lucky enough to get Berlin and tours with Berlinagenten.

Henrik curated a special tour for four international bloggers, which included visiting four neighbourhoods in six hours. Everywhere they visited, the bloggers were Twittering, Instagramming, Facebooking their movements with the precision of the Stassi.

Highlights included trying Berlin’s famous currywurst, stepping inside the mirror room of Clärchens Ballhaus, checking out the amazing graffiti and street art along Orianstrasse and The Eastside Gallery. That evening, the group met up again for a Gastro Rallye and a Berlinagten nightlife tour.

The brief from Visit Berlin was to take the group to cool urban eateries where Berliners would hang out. We started at Volta in Wedding, before moving onto the Der Hahn ist Tot (The Hen is dead!) for our main meal before finishing with dessert at Katz Orange. Then it was off to Platoon for drinks and to check out the night-market. 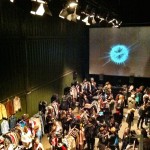 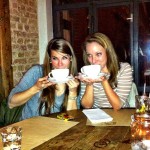 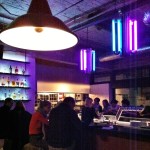 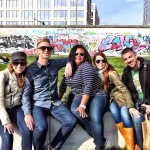 Meanwhile, Lollie was guiding a group that she’d dubbed the United Nations on Gastro Rallye around East Berlin. On arrival, she made a pledge to her group, which included a Canadian, French, Brazilian and a Malay, that, by the end of the tour, they’d be so full that they’d be rolling home. She didn’t not disappoint, as they started at W derImbiss with the delightful Gordon, who brought us a selection of his famous Naan pizzas. Next, the group took a visit to District Mot, where they tried out the Steamboat, finally it was off to Mani for dessert, where the hostess convinced the entire group to knock back a Rhubarb Shot and then they all rolled happily home. The End.