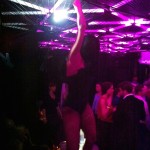 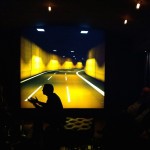 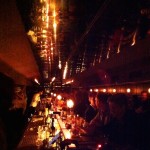 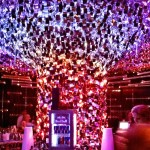 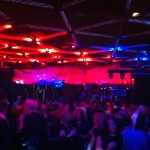 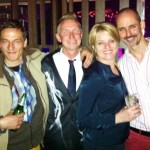 We get the world’s hottest celebrities joining Berlinagenten on our nightlife tours, but this group had a combined heat that was so hot, it reached boiling point. That’s because the company that we took out on this nightlife tour, Thermia, manufactures heat pumps, a renewal energy technology destined to save the world, by collecting stored solar energy and converting it into heating and hot water for your home. They treated their best distributors to a crazy weekend in Berlin. Crazy weekend? Of course, they contacted Berlinagenten to make it happen.

For the nightlife tour, the group of 70 were split up into four groups with four different guides. In an epic feat of co-ordination Berlinagenten sorted out VIP access to Berlin’s coolest bars including the Pauly-Saal Bar, Bar am Lützowplatz, Eschschloraque, Felix Club, Monbijou Hotel, Monkey Bar@25hours, Le Croco Bleu, and The Liberate. Our guest were whisked straight to the front of the cue, as all the hipster kids looked on, open mouthed thinking, ‘Who the hell are these guys?’ as our group strutted in. Well, kids, these are the guys that are trying to change the way we cool and heat our houses using renewable energy! They’re the Brad Pitt’s of the energy world!

After the bar, the four groups converged on the super glamorous The Pearl nightclub in West Berlin, where the groups got together for drinks and dancing. They were sure to go home with a few stories to tell about their wild VIP night in Berlin. Heating has never been so hot.