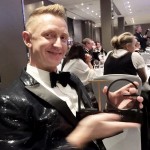 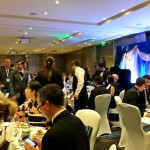 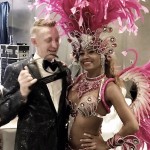 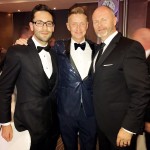 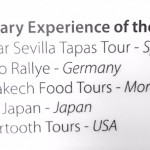 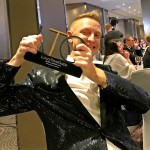 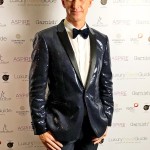 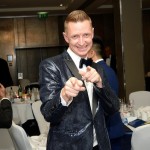 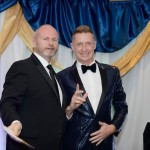 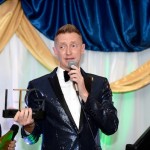 Following our honouring as Germany’s best Culinary Experience by the Luxury Travel Guide earlier this year, we’re more than thrilled to announce our Gastro-Rallye concept was premiered global winner in the category Culinary Experience of the Year by the LTG award team last Monday (November 7th).

At the award ceremony in London’s Radisson Blu Edwardian Bloomsbury Street, nominees from around the globe competed in 30 categories to discover the best accomodations, restaurants, destinations, wedding specialists & tour companies in the world. The black tie event was moderated by guest judge and Travel Channel host Shane Green and included Sash&Fritz premium vodka from Berlin, which we took to be a good omen for winning the award ceremony.

Bringing his ravishing blue glittering blazer to full bloom, Henrik’s appearance on stage was sure to steal the show. He thanked the award team and announced it wouldn’t have been possible without his amazing team, restaurant partners and guides, but also that he wasn’t completely surprised by winning, since he already received lots of international press coverage and A-celebs signing up for his lifestyle tours in Berlin.

The award also is a recognition for the aspiring Berlin culinary scene, which now officially ranks among the best gourmet destinations in the world. The scene has come a long way and this award confirms Berlin’s fine-dining destinations have come of age. The city is ready for the world’s most demanding foodies, jet-setters and gourmets and we’re sure it will create even more buzz in the years to come. Berlinagenten already plans the launch of the successful Gastro-Rallye concept on a global stage. Stay tuned for more info.