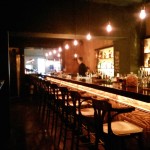 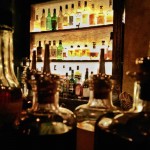 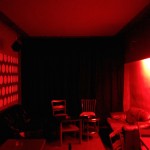 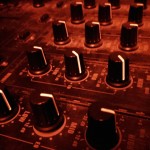 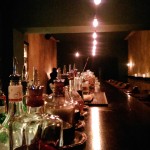 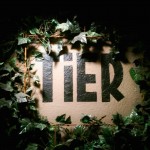 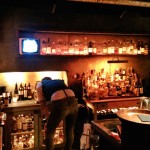 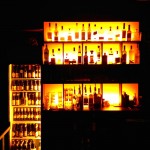 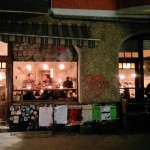 When you went to Neukölln at night just a few years ago you were either very brave, drunk or a Kung-Fu-Master. Parts of the district were declared No-Go areas by authorities. Too much crime. Too dangerous. Unless you know Kung-Fu, of course. With 160 different nations, a population of 160 000 and the highest unemployment rate in Germany, trouble was never far.

160 nations have found their master: gentrification. Neukölln now is a stronghold for trendy hipsters, emerging artists and everyone else who can’t afford a flat in Prenzlauer Berg of Friedrichshain (no offense). In short: Neukölln has become cool. Reuterkiez was the district’s coolness pioneer and still gets envious looks from up and coming Schillerkiez in eastern Neukölln. “You just wait!” they seem to whisper. “Soon we’ll be way cooler than you… you just wait. Gollum, Gollum!”

The inevitable Berlinagenten-question rises: where do the party hungry kids get their late night game on? Only one way to find out. We went off to an epic night of bar-hopping, meeting new faces and if absolutely forced to – punching new faces. Just kidding. We would never use our Kung-Fu skills too easily (but Neukölln still CAN be dangerous). The perfect street for bar-hopping is Weserstraße where taking three steps from one bar will already get you into the next one. These days people get absurdly drunk in the former No-Go area and have a great time together. Got to love Berlin.

First stop was the inconspicuous Fuchs & Elster Bar. As we sat down the waitress told us not to take pictures. “You’re from a blog? I don’t trust you!”. Do we look like we were from a blog that’s deliberately posting pictures of drunk people online?! Hmmm. Maybe not so far from reality. After a drink helped us get over the rejection, we genuinely enjoyed the diffuse orange light and Grandmother’s pieces of furniture scatted across the rooms. Cozy. There even is a small club playing Jazz tunes in the basement – but it was closed when we were there. Or maybe they just said that because we’re bloggers. 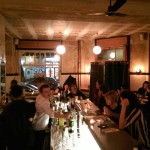 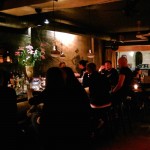 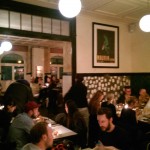 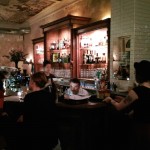 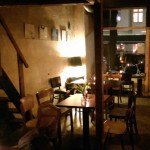 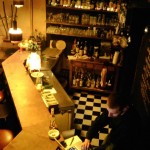 Next stop: Yuma Bar. When we came in two beardy guys sat at the atmospherically lit bar and sipped on Belgian beer…hold on. Belgian Beer? Yuma Bar is beer heaven. Beer specialities from all over the globe will get your world spinning in no time. Two beers later we made our excuses and headed over to a classic dark cocktail bar, basically consisting of a very long bar counter – Thelonius Bar. They boast special cocktails of the season – but apparently we came in between the seasons. Damn. Yuma and Thelonius used to belong to the same owners, but they got into a fight and split up. Like Westside story, only with drinks instead of love. But isn’t that the same in the end?

Pushing forwards, we made quick stops at Jungbusch and Russian Bar Kuschlowski – both bars boast a very laid back atmosphere and invite you to stay longer, but there was no stopping us. Two vodka shots for us and on we go, thank you very much. 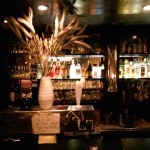 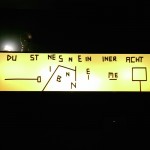 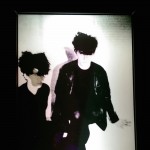 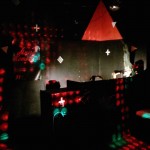 One of the coolest bars definitely is Tier Bar, loved for it’s unique style and understatement. Tier’s interior is characterized by an elongated bar and a whole collection of old TVs stacked behind the bar. We met two charmingly tipsy London girls in the forerunner of trendy bars that already poured drinks before anyone dared to mouth the word “cool”in Neukölln. Our new friends Abby and Sarah ordered us some nasty drinks and not long after we opened a little dancefloor next to our table. Who needs a club anyway!

Drinking causes meat-cravings. There’s no better place to cure it than Beuster Bar, just a few doors down from Tier. Beuster Bar is the perfect blend of relaxed bar and culinary delights. While you’re surrounded by warm colors, dark wood tables and green flamed tiles, the Schnitzel isn’t just “okayish”, it’s heavenly. Maybe the alcohol helped that impression, but who cares. It’s always crowded, so don’t be like us. Do book a table in advance if you want to be sure to be seated.

From there Abby and Sarah led us to their favourite Bar in Weichselstraße – o.T. Bar und Projektraum, a mix between par and art space.It’s their favourite because they know the bartender and get the drinks cheap. Well, we don’t mind. Slowly but steady we get the feeling we need to dance some of that tipsiness away. Last stop before hitting the clubs was Velvet Bar, an edgy and rough place whose worst enemy is “decoration”.

So, where to move your dancing feet? In Neukölln the choice isn’t easy. While the legendary Keller (translates to “basement”- for a good reason) creates a real underground feeling and is well-loved for its unique ambience, the wonderfully intimate Schwuz is home to Berlin’s hottest gay parties and never disappoints. In the end we opted for Griessmühle, which offers Berlin’s unclouded open-minded party feeling of the early 2000s. No pretense, cool people, great atmosphere. We danced through a night of groovy techno beats, meeting beautiful people and in the end, we didn’t even have to use our Kung-Fu skills. Berlinagenten loves Neukölln. 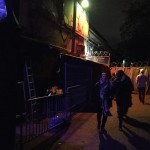 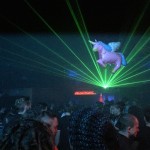 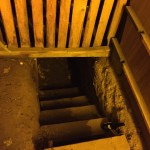 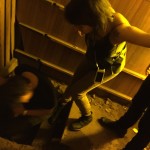 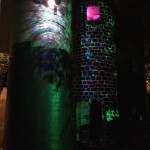 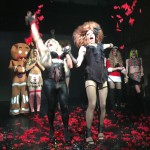 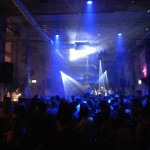 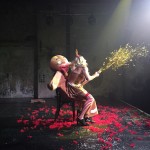 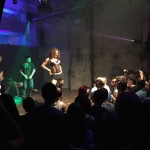 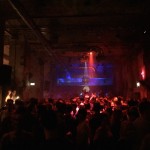