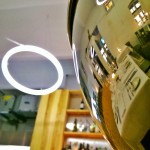 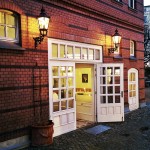 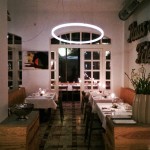 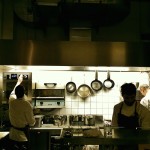 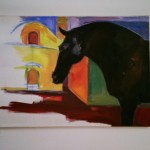 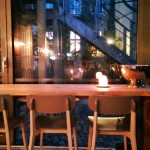 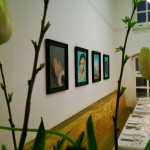 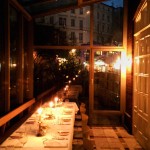 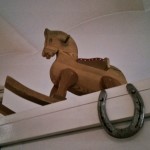 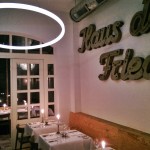 If you’re on the hunt for an honest, unpretentious restaurant with superb food in the heart of Berlin – hunt no more. Restaurant Ross is located in a former stable in a cozy Mitte backyard and has impressively reminded us of the true virtues of gastronomy: taste and atmosphere.

When Crackers’ former restaurant manager Sascha and self-learned chef Uri first passed their future restaurant, they sneaked through the unlocked backdoor to take a peek. Property viewing, Berlin-style. Not a year has passed since and their gourmet horse is making way for the fast lane.

The interior feels very honest. The décor is simple, the walls are plain white. The chairs and benches are made of wood – unique works. As the heavy odor of delicious spices fills the air, you feel like you’re sitting in a small country inn right in Bavaria. No pretense. This is not a hip “in-restaurant” that’s trying to blind you with its exceptional design. No. This place is timeless.

While the rocking horse above the entrance seems to be winking at us with one eye, manager and co-owner Sascha tells us about his youth in Germany’s South and how he wanted to become an architect when he was young. In consequence, he has taken the interior design into his own hands and created a restaurant whose simplicity immediately put a spell on us.

The food? Nothing short of spectacular. Chef Uri is an autodidact. After giving up on his Punk Band, he taught himself how to cook, started working at restaurants like Cracker’s and Soho House and kept on improving – by watching YouTube tutorials of Michelin-starred chefs. He then started creating his own culinary masterpieces and we would by lying if we said we’ve devoured a menu with more love of detail recently. At just 26 years, we’re sure Uri’s future will be bright, promising and most of all – tasty.

For starters we had poached egg with fennel, puree and sardines. What sounds like a relatively simple composition at first turned out to be a moderate stroke of genius. The egg and the puree were extremely rich in taste and perfectly rounded off by the delicious sauces. With every bite a subtle shudder of delight tingled down our necks. The main course took it further: moist and tender suckling pig, complimented by celery salad, apple and red cabbage. Again: the ingredients sound simple, but the result was a real mind blower. Just like the restaurant’s overall feel, the food is honest, appealing and wants to make you stay for hours, if not days.

As far as we’re concerned, we could eat through the menu all day every day. Definitely worth a visit! Or two! Or three! Or ten! 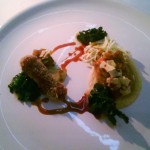 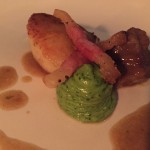 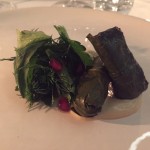 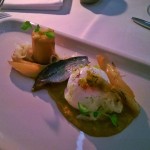 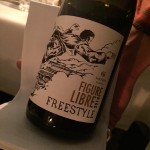 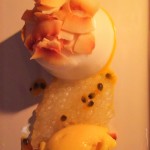 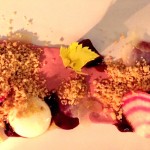